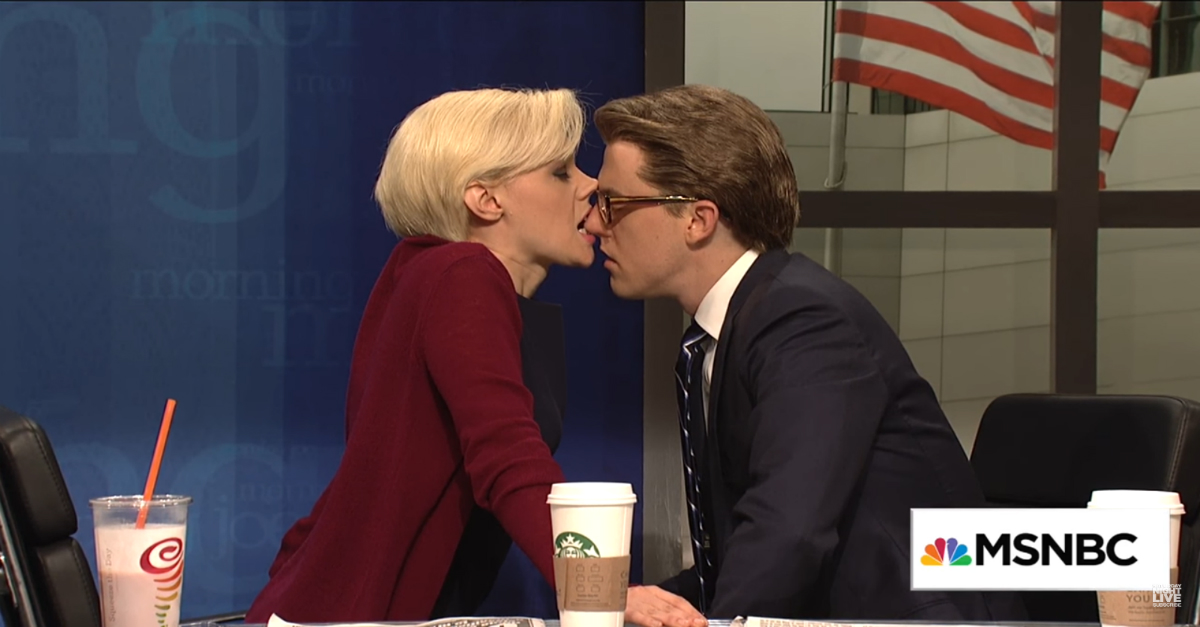 RELATED: Alec Baldwin reveals that Donald Trump was invited to appear alongside him on “SNL”

The cold open sketch — which featured a classic rock intro song — comes just a few days after the real “Morning Joe” co-hosts announced their engagement. Moffat and McKinnon mimicked the MSNBC duo’s familiar talking-over-one-another style that escalated from political argument to sexually charged tension in a matter of seconds.

As McKinnon’s Mika complained about the health care bill and the moral bankruptcy of the Republican Party, Moffatt’s Joe intejected with, “Oh, Mika, that’s enough, OK, you’re being persnickety because you know it… pushes… my… buttons…”

RELATED: After years of rumors Joe Scarborough and Mika Brzezinski are finally making it official

Bobby Moynihan then appeared as a political commentator who was noticeably perturbed by the flagrant chemistry between the two hosts. The sketch also featured Alec Baldwin as a President Trump who was pretending to be a White House staffer.

The episode was hosted by Chris Pine.