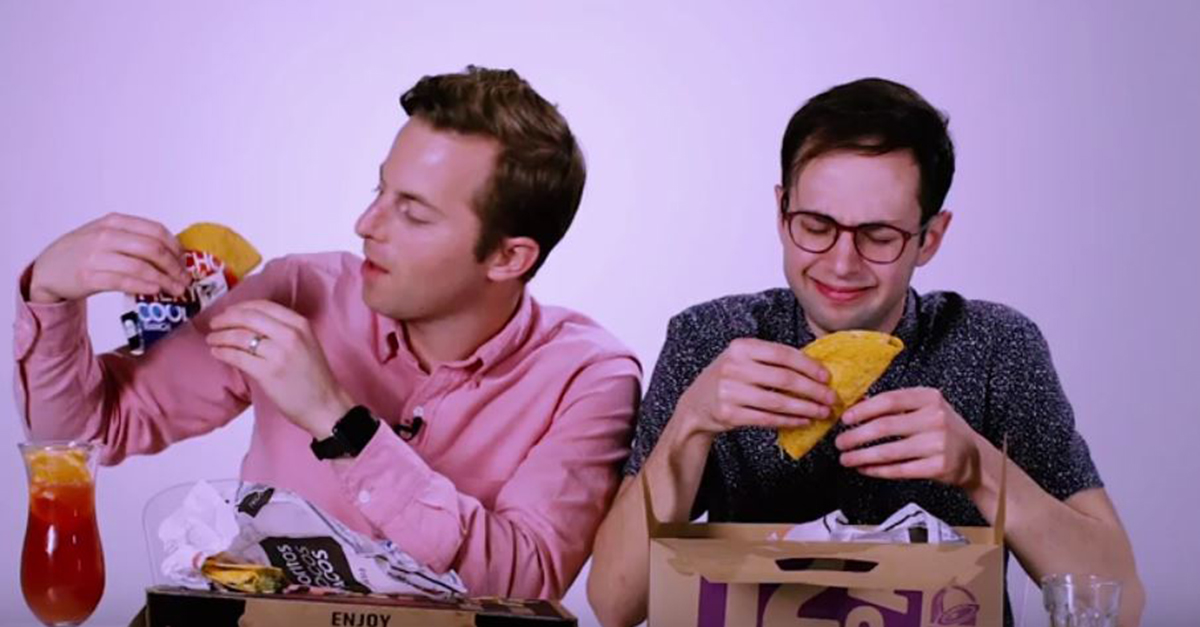 The Try Guys are at it again!

In celebration of the weekend (we guess), the guys got together to have a few drinks and decided to rank some of the best and worst fast food munchies for a night on the town.

First up, they had McDonald’s burgers vs. Burger King.

“This has bread in the middle. This is ludicrous,” one of them stated after diving into a Big Mac. After trying both burgers, the men decided it was a tie between the fast food chains. It was agreed that while McDonald’s has better fries, the burgers at Burger King just couldn’t be beat.

RELATED: These horrific tales from #SpringBroke will make you happy those days are behind you

Next up, Popeyes vs. KFC. There was a ton of yelling during these reviews, but eventually, they decided KFC was the winner. Hand’s down.

And, finally, it was a “battle between tacos and pizza” with Pizza Hut against Taco Bell.

“They both come in boxes,” one man observed.

The tacos pretty much won the guys over, even though there wasn’t sauce to add.

“I appreciate Taco Bell because they have not shied away from their stoner roots,” one of the guys said.

There you have it. A full review of all of the best late night food from a bunch of drunk guys.