This actor learned the hard way that when somebody offers you Willie Nelson’s marijuana, you pass without puffing 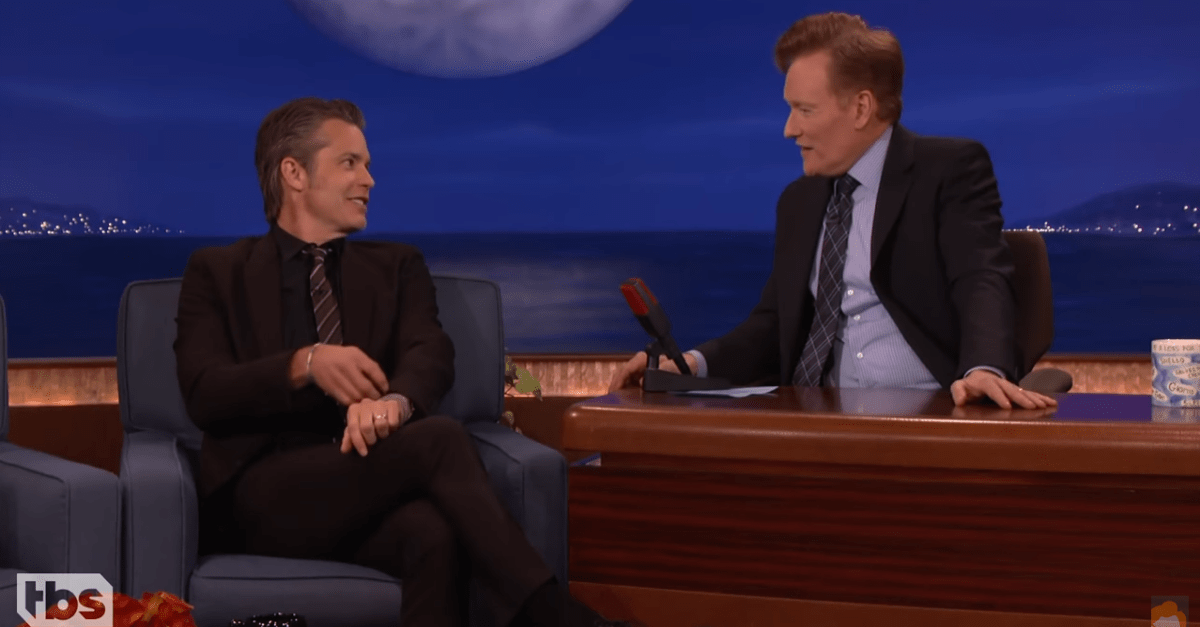 Actor and comedian Timothy Olyphant recently went on “Conan” to talk about his new show, “Santa Clarita Diet,” which features a good bit of drug us.

According to the IMDb page for the show, it centers around “a married couple who are real estate agents in Santa Clarita, California.”

RELATED: “Conan” got a first look at Google’s self-driving car, and the results seem a bit questionable

Conan joked with his guest that he was surprised that Olyphant “dressed like a grown up,” saying “you always look like you just stumbled out of Spicoli’s van and made your way out here.”

Olyphant cleared the air, saying that he’s not a “pot smoker,” but admitting that he’s indulged on occasion. The last time he partook in cannabis was at the famous Austin City Limits Music Festival, where somebody got their hands on some of Willie Nelson’s weed.

RELATED: Guess which country legend Willie Nelson wants to get high with next

Unsurprisingly, the marijuana that accompanies the country singer is a bit stronger than the strain Olyphant was used to. He admitted he didn’t know how many “hits” he took, but that it was “one too many.”