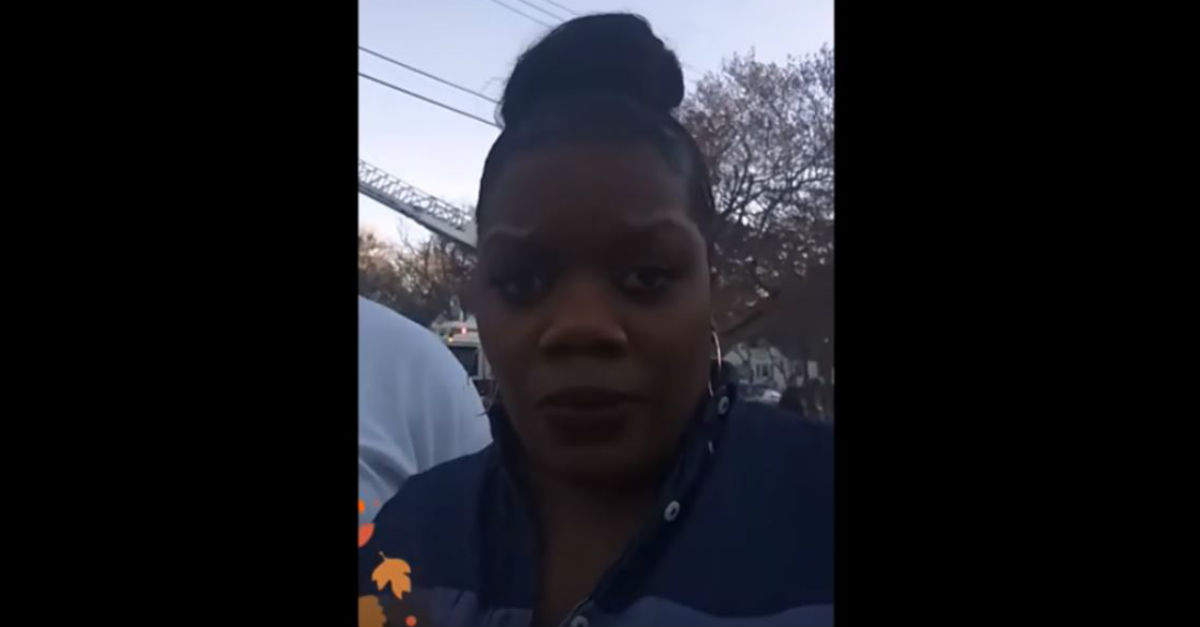 There are plenty of amateur sleuths and freelance journalists, but we can’t think of any with the bizarre on-camera persona of Rhoda Young, nor any who solved an arson — as Rhoda did in her viral video.

The video begins with a bang as Rhoda yells “Hey, look! I’m going live on the fire scene! Right here! The fire truck right behind me!” Moments later, she exclaims, “We on the scene of this b****!” She wastes no time taking a shot at the local news station, saying, “Attention WAVY news, this Rhoda Young reporting live … WAVY-TV 10 is not on the scene, but Rhoda Young is on the scene.”

RELATED: Woman who went viral after dropping her phone on a neighbor’s balcony posts update

As the firemen attempt to put out the fire, Rhoda begins snooping around, talking to the man who owns the house and asking him if he was home. The amateur-Walter Cronkite then brings the camera to her face and tells her audience, “This guy right here — it is his house that is burning down, he do not know how the house caught on fire.”

But then, Rhoda breaks the case wide open when she realizes that the homeowner’s hair is burnt; she dashes away from the scene to break down the story, saying, “Doing my investigation, I have found his motherf***ing hair was on fire, and his hair is burnt off his damn leg, so he was right there when the fire started.”

She, eventually, approaches the firefighters and tells them that she knows how the fire started. Later, Rhoda cuts to the police arresting the homeowner, adding, “This is Rhoda Young, I solved the case before anybody else was on the scene.”

While she still hasn’t landed her gig as a primetime reporter, Rhoda has definitely enjoyed some minor league fame after the video. The state’s largest newspaper, The Virginia-Pilot, did a long interview with her about the clip; during which she told the paper, “I get excited when things are going on. I’m nosy, so I like getting in people’s business, and I like people to know what’s going on.”