Comedian Preacher Lawson got a standing ovation from the audience and a majority of the judges after his stand-up routine on “America’s Got Talent.”

During the routine, he told the tale of how he got catfished, and it left everyone laughing, including his mom, who he hadn’t seen in years. According to Lawson, she flew over all the way from China to be in the building for his performance.

Lawson described how he went on a date a year ago with a woman he met online, but he got catfished, only not in an obvious way. She looked the same as she did online, but he said she got him by having a limp that she failed to disclose before they met.

RELATED: This little “AGT” contestant is going straight to the live rounds after the judges heard her rendition of a Michael Bolton hit

“Like, I don’t care if you got a limp,” he said. “But, like, put it in your profile somewhere. Like, ‘Oh, I love long walks on the beach, but it’s hard because my leg’s jacked up.'”

Lawson continued to talk about the date, and the routine included everything from a Bill Cosby reference to him imitating how one would dance on the way out of the club with a limp.

The routine was so funny that Lawson was one of the seven acts chosen by the judges to move on to the live shows, where he’ll hopefully bring another hilarious routine. 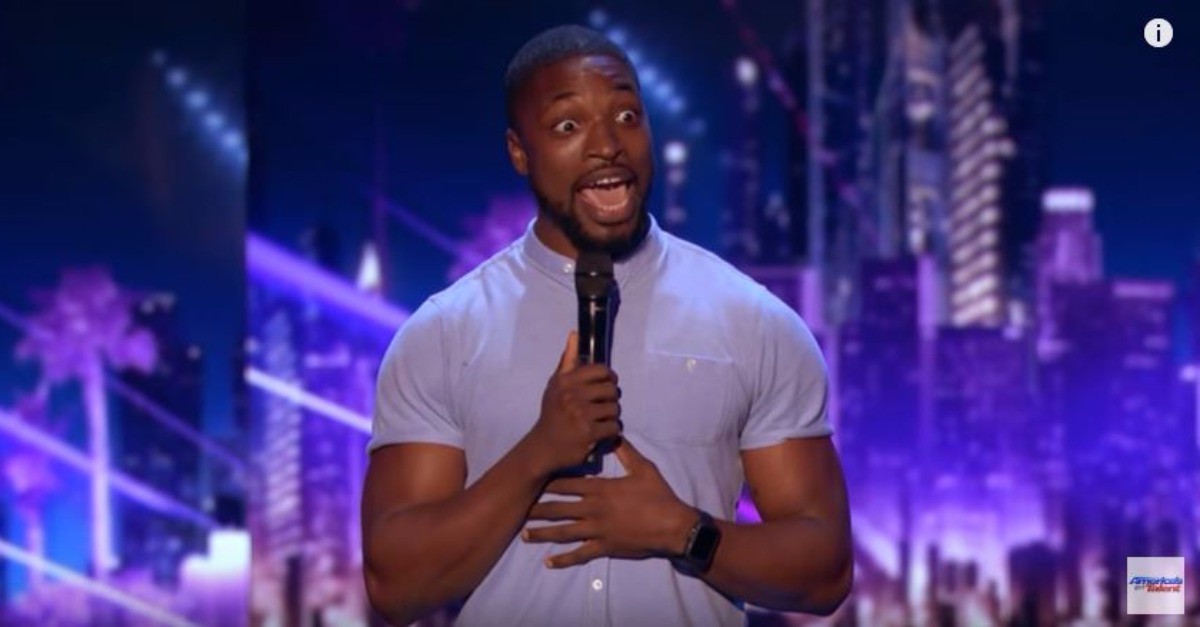