It’s a shame that most people only know Adam Sandler now for some bad comedies that feature the comedian in awkward roles.

There was a time when Sandler was an up-and-coming comedian, and this old stand-up set shows just that. The former “Saturday Night Live” cast member looked like a scared college kid up on the stage here, but he still delivered some good material in a short set.

What stuck out in this set, though, was something that Sandler stuck in there near the beginning.

RELATED: Searching for Conan: Adam Sandler takes to the L.A. streets to look for the late-night host

Whether you like him or not, Sandler more than lived up to that “someday, I’m sure.”

It wasn’t long after that he was on Saturday Night Live, and then later starring in his own movies. Sure, he’s probably had more misses than hits in those movies, but financially, the man has done extremely well for himself. 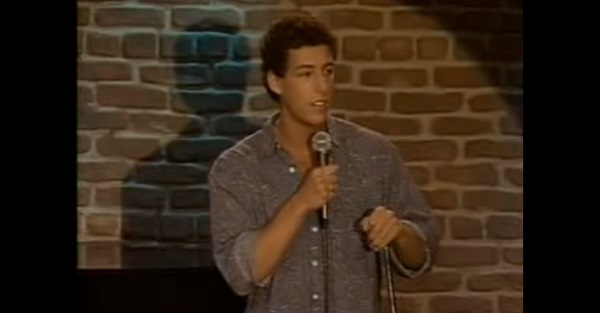