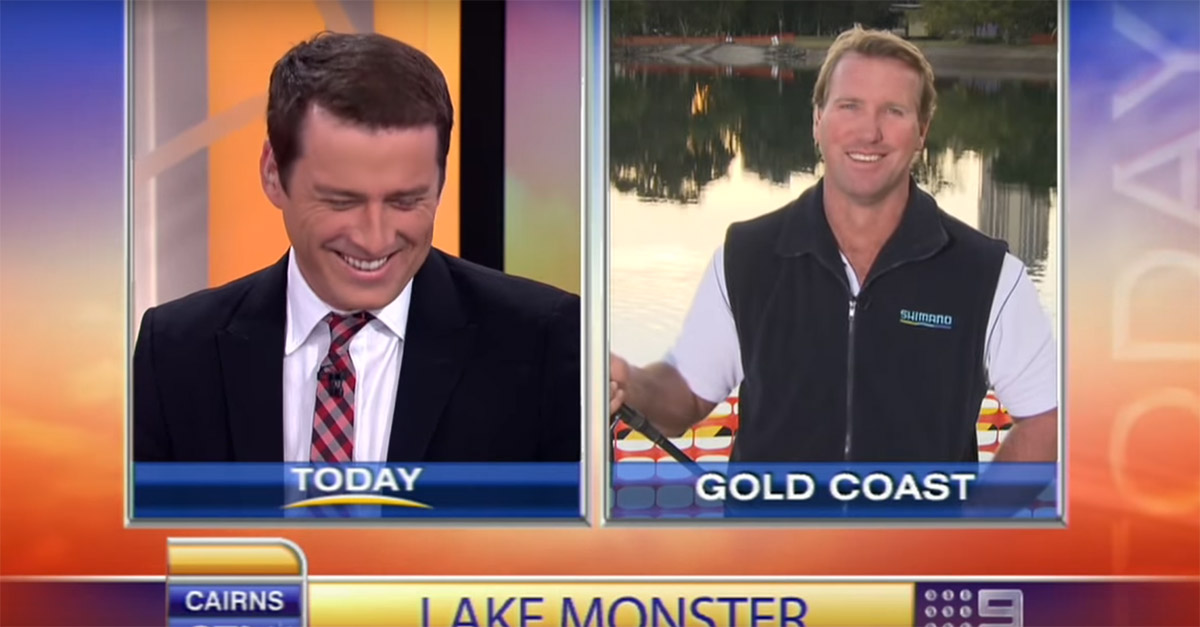 Australian morning television is never afraid to depart from the script, as “Today” host Karl Stefanovic has repeatedly demonstrated. This segment, regarding a possible shark sighting in Evandale Lake, is a hilarious example of how the show just rolls with the punches.

RELATED: This “Conan” sketch reveals the dark side of man’s best friend

Karl’s interview with shark expert Paul Burt starts off with an awkward exchange, but rather than try to get back on the straight and narrow, the two men steer into the wind and crack jokes to each other. When Burt, equipped with a fishing rod, gives catching the shark with a lure the old college try, he hauls in a considerably less imposing creature: a duck.

Fortunately, the bird was unharmed.