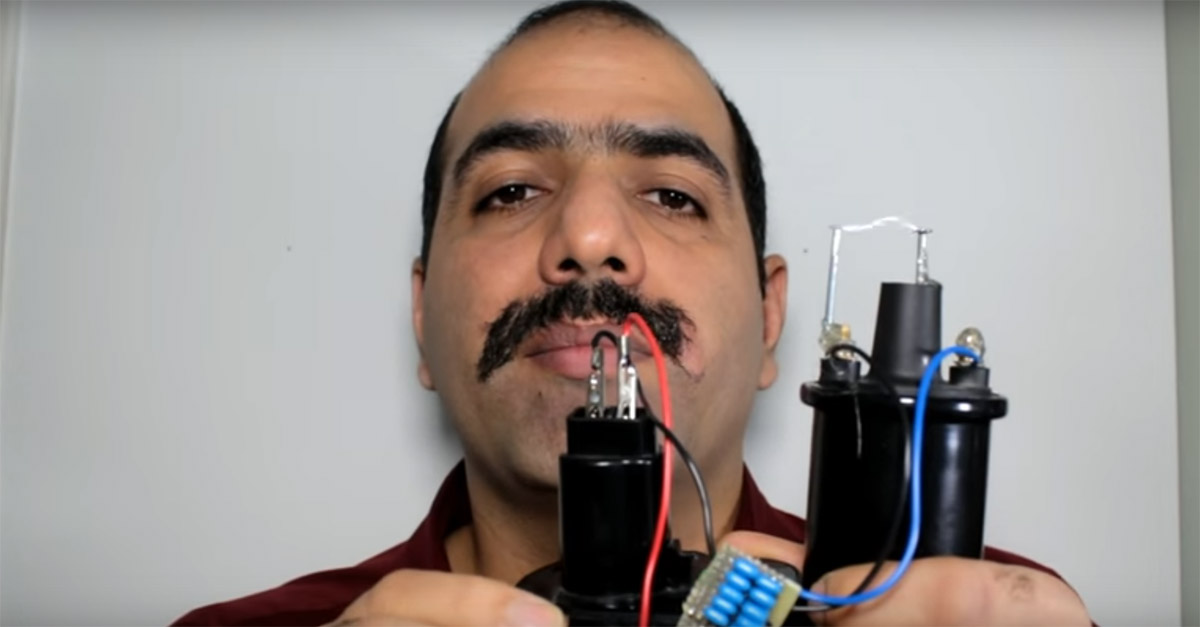 Hair removal is, even in the modern era, an arduous task. The classic method is to just use a razor and shaving cream, but then the hair grows back quickly. What do you do if you want to keep the hair away longer, or even permanently? Well, there are methods, but they’re risky. Mehdi Sadaghdar, creator of YouTube channel ElectroBOOM, decided to take the plunge so you don’t have to.

RELATED: We don’t know what Donald Trump Jr.’s Twitter messages usually look like, but he probably wasn’t expecting this

Having grown out his mustache for Movember fundraising season (and, he says, tired of looking in his mirror every morning and seeing a Saddam Hussein impersonator), Sadaghdar went looking for intriguing shaving techniques, and boy did he find some. He starts with a conventional waxing kit, and, in what will likely not shock any woman reading this article, found it extremely painful. Next, Sadaghdar decided to try electrolysis, generally a more long-lasting hair removal technique — only he didn’t go for a professional service. Using his knowledge of engineering, Sadaghdar had built a homemade Taser, and decided that was just the trick. Unsurprisingly, it wasn’t.

From electric shocks to kitchen knives to that old human standby, fire, Sadaghdar found a number of effective methods of mustache removal. The only problem is that he risked taking off more than just his stache.

You’re a braver person than us, Sadaghdar.