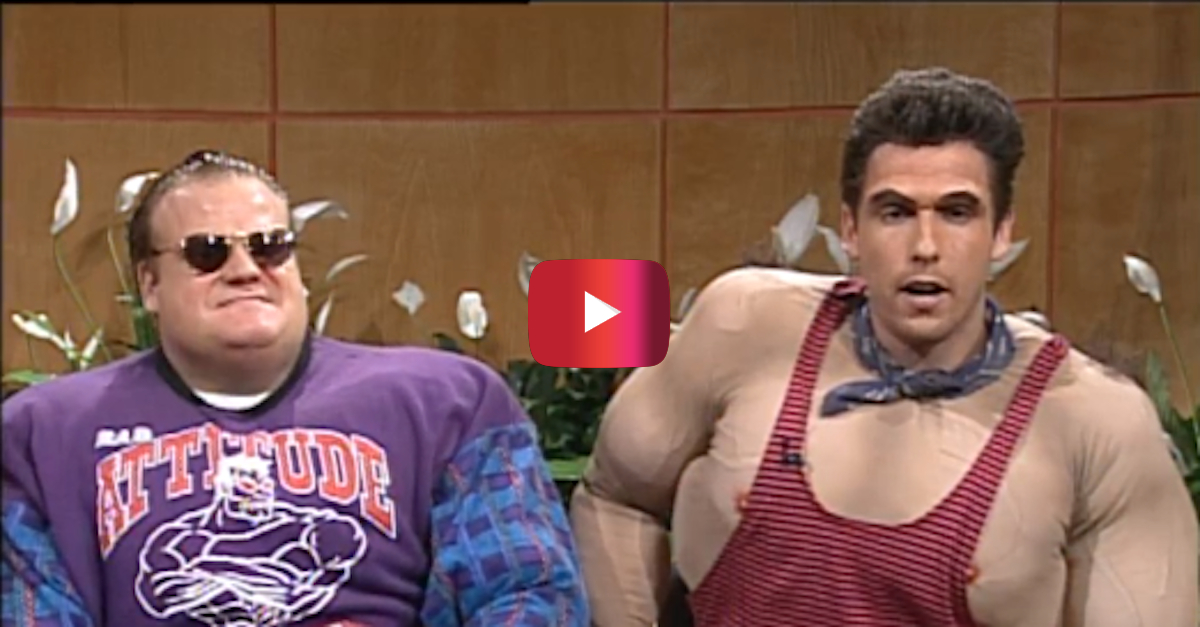 These burly bros from season 19 (1994) of “Saturday Night Live” really don’t like male celebrities. They want to beat them, bash, kick them in the head and they want to remind everyone they would do it without steroids. These “huge” guys like to sit around with their tiny legs and large biceps to talk about which celebrities they would love to beat up.

Emilio Estevez guest stars and even takes a shot at his brother Charlie Sheen. The skit also features Jay Mohr, Adam Sandler, Chris Farley and David Spade completely bro-ing out until Emilio’s bro calls up and promises a beatdown for his big brother. But remember, none of these guys are on steroids because this behavior is totally acceptable for normal people.