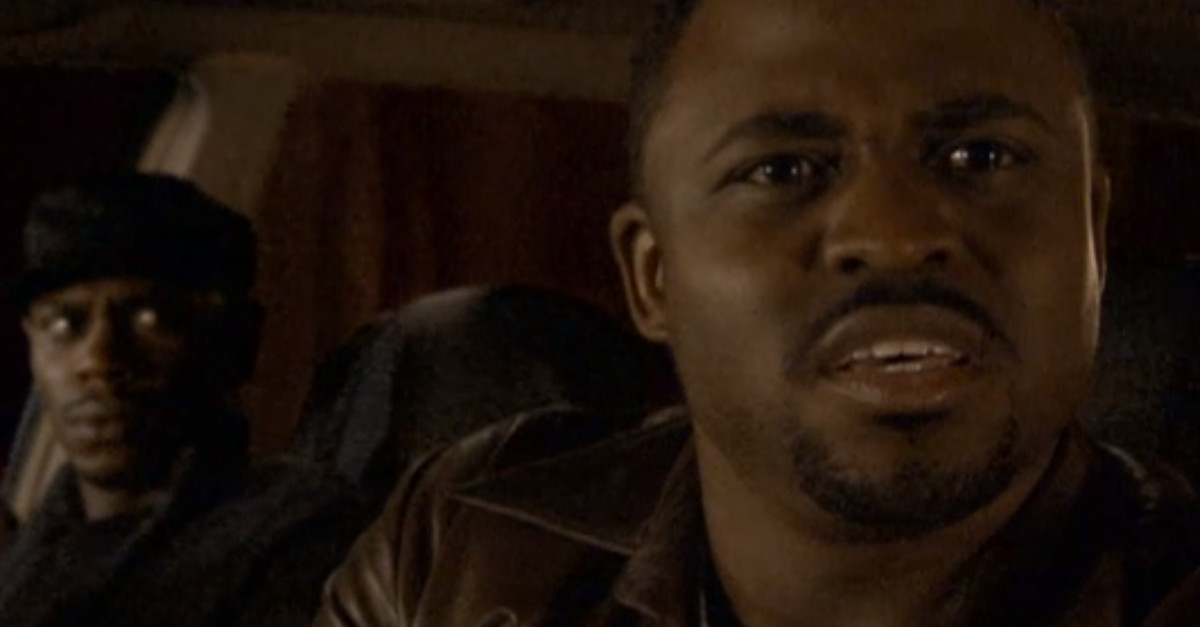 In 2004, Dave Chappelle had Wayne Brady on his show for a sketch that became an instant classic.

Chappelle rides around with daytime TV star Wayne Brady on what should be a simple car ride filled with anything but drugs and mayhem.

RELATED: For millions of comedy fans, this Dave Chappelle classic was their introduction to Prince

Chappelle soon finds out that even though he has joked about Brady being soft, the real life Wayne Brady is a drug-dealing, pimping murderer who strikes fear in the hearts of all who cross him.

As Chappelle tries to find a way out of his dire situation, Brady gets him high on PCP and the fun begins.

RELATED: Dave Chappelle created a twisted version of Sesame Street, and it was one of the funniest things ever

The sketch inspired many popular catchphrases and lines at the time, including the classically offensive line, “Is Wayne Brady gonna have to choke a bitch?”

“That was an amazing moment,” Brady would tell the Huffington Post years later.