For the better part of a decade, American comedian Doug Stanhope has had his own segment on the various TV shows of British satirist Charlie Brooker. Stanhope uses his segment to humorously highlight the differences between American and British cultures, and to educate Brits on America’s greatness — and that’s exactly what he does in this particular clip!

RELATED: Doug Stanhope shows us what it’s like to be a political comedian in the simplest way possible

“Brits love to bitch about America and they love to hate America! The government and the wars and the torture,” he says at the beginning of the piece. “But that’s not life here!”

“Life in America is actually fantastic! Everything works,” he continues, before imploring his British viewers to visit and see themselves how great his homeland is.

Stanhope goes on to talk about the cheapness of gas, and the stinginess of British bartenders.

“You know what we have for traditional American breakfast? Choices!” Stanhope explains. “You want eggs? How do you want them? We do them ten different ways!” 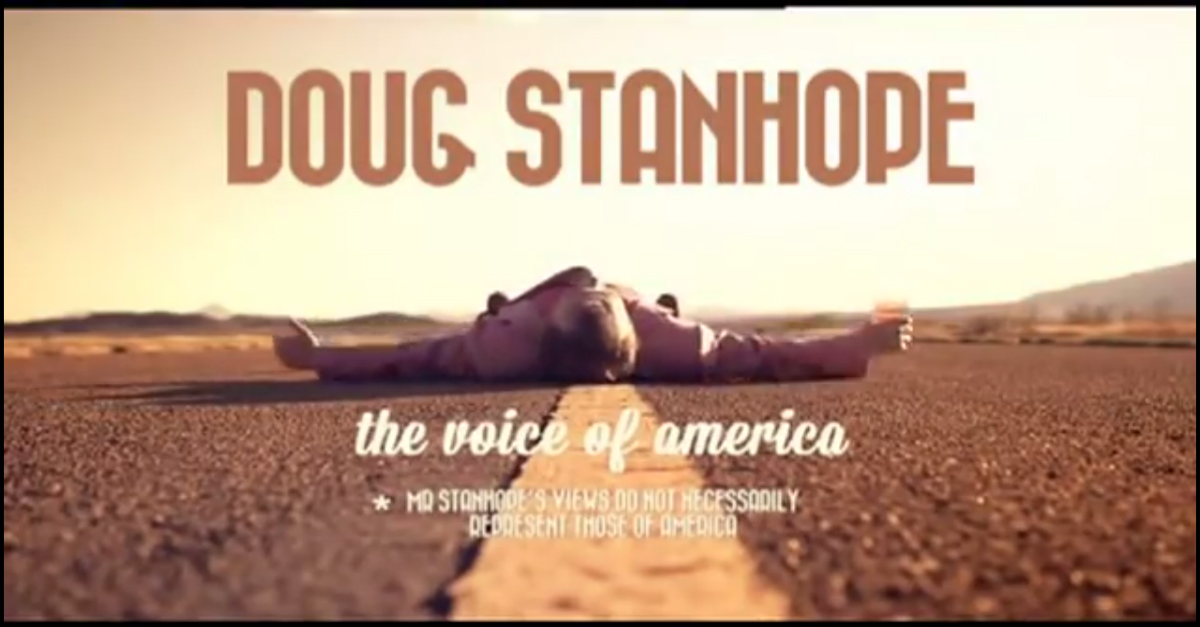