Several years ago, when comedians were still making fun of the Obama administration, John Stewart and Stephen Colbert were on top of their game. Every night they were dishing out digs that cut to the core of the issues in the nation and made us look at things differently.

Unsurprisingly, Colbert and Steward delivered a stirring Emmy speech that had the entire crowd on their feet. Though they’re both much younger, it’s easy to see that these two men have very big futures in front of them and that they are on the path to greatness. Since then they’ve both moved on to bigger and better things (or at least Colbert has), and their stage presence and timing is certainly worth a moment of admiration. 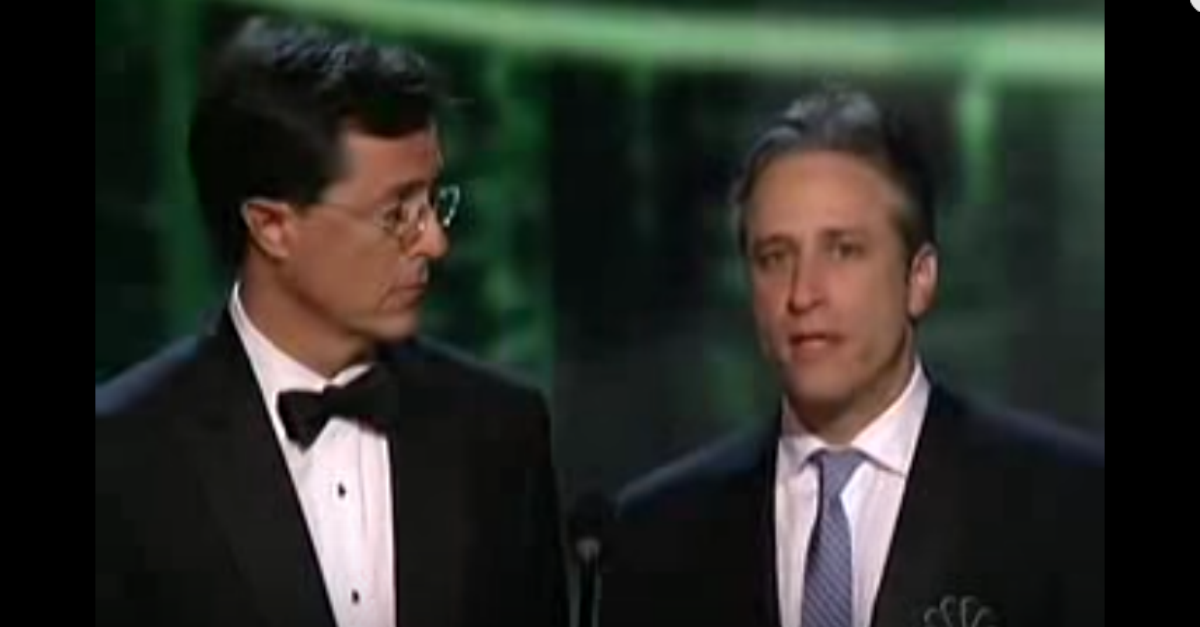