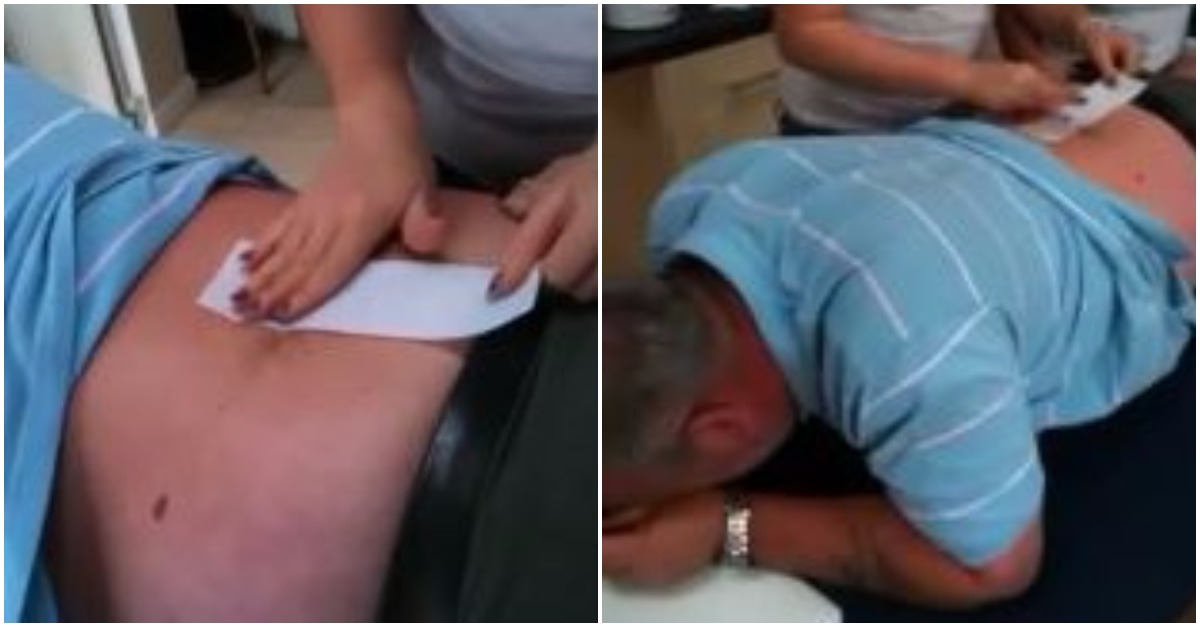 A father volunteered to get himself waxed — a decision he probably now regrets.

RELATED: Little girl adorably struggles to decide what snack to bring on a road trip

He was in agony even before the actual waxing began as he shouted in pain due to the wax the lady was putting on his back being too hot. He was told to calm down as the wax strip was applied to his back, but when it was ripped off, he screamed in pain.

Props to those who get waxed, as it’s clearly not for everyone, which evident by this father’s screams.