Twerking is one of the recent fads that seems to have no point whatsoever other than to arouse members of the opposite sex, but it’s never a good idea to try out the dance on the railing of a bridge.

RELATED: Will.i.am accidentally hit his buzzer on “The Voice” and omg what a beautifully awkward fail

One girl decided she wanted to prove to her camera-wielding friend that she had the balance of a cat and the dancing abilities of Nicki Minaj. However, her plan fell to watery despair when she lost her balance and fell into the river below. Hilariously, the mishap occurred when her friend yelled “trip.” And while she probably did ruin a little bit of her day, we have to thank her for making a little bit of ours.

RELATED: These weightlifters could’ve qualified for the Fail Olympics with these disastrous attempts 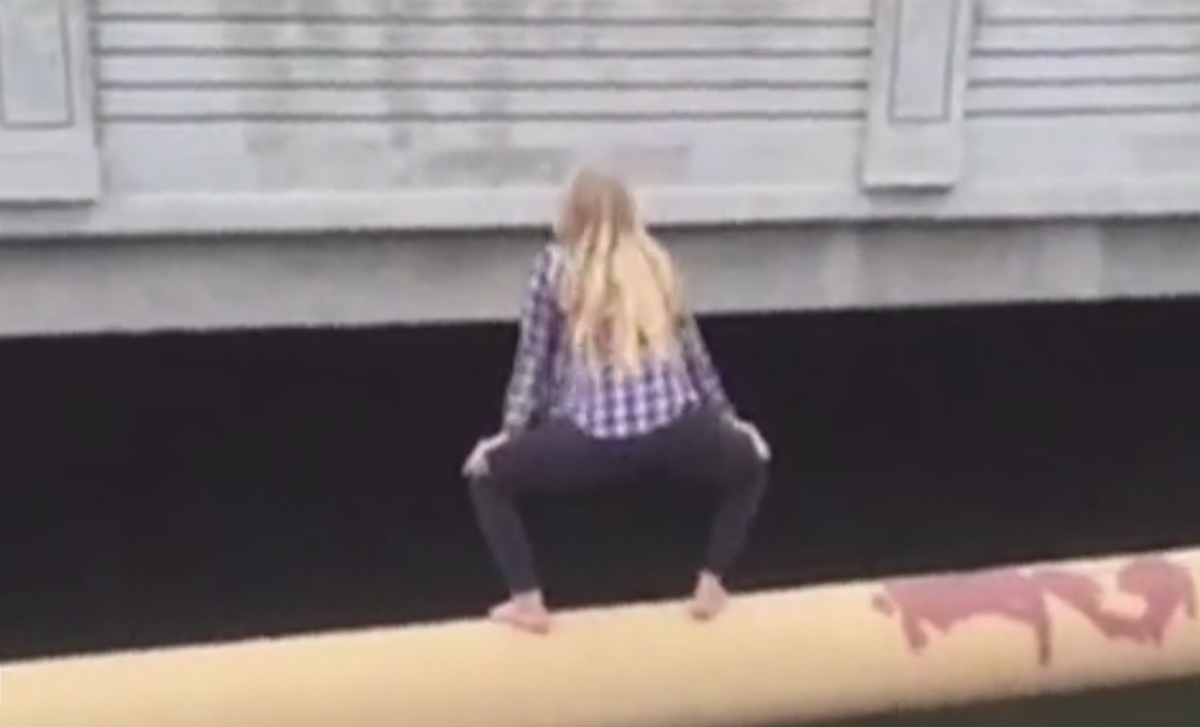