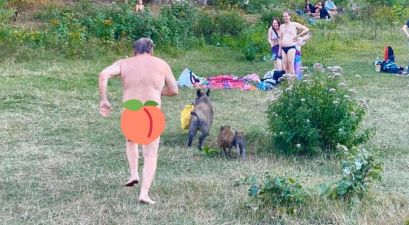 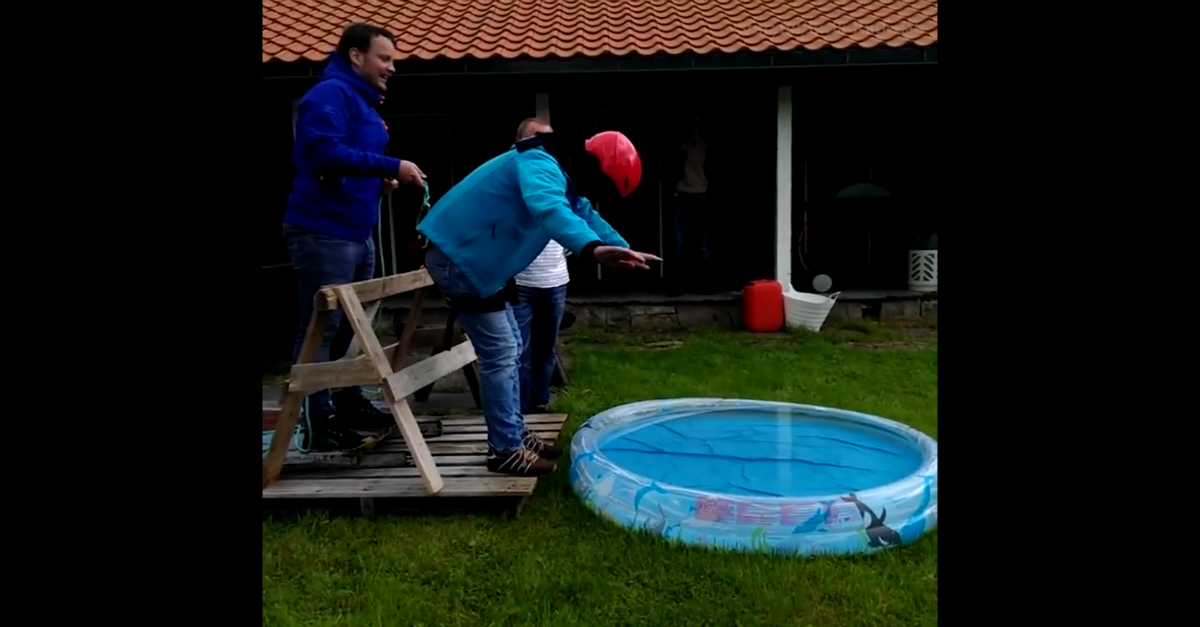 Bachelor party pranks can be hit or miss. Tying a groom to a lamppost and pulling his pants down has been done to death, so potential pranksters have to get creative. That’s exactly what the group of jokers in this video — uploaded by Facebook page Untold Feelings — did when it came time to pull a prank on their unsuspecting buddy.

RELATED: This dad asked his daughters to get “blinker fluid” and a “bucket of steam” from the store, and their reaction is perfect

The victim thinks he’s about to do a bungee jump and carefully gets himself into position, only to be incredibly disappointed when he belly flops into a shallow paddling pool a few feet below him. He was clearly very eager to do the jump, since he agreed to do it with a blindfold on — a fact which has caused some of the commentators to question the video’s legitimacy.

“So he was in the house and thought there was somewhere to bungee jump 5 minutes from where he walked out of the house,” one person said.

“Even if they did drive somewhere how did he not tell that they didn’t take an elevator or anything to go to a height to jump from,” said another.