The video showed the man behind the channel filling a 1,500-gallon pool with Coca Cola and Mentos and then asking his buddy to take a dip.

RELATED: After years of pranks, this guy got revenge on his girlfriend in the worst way possible

“This was epic! After weeks of buying thousands of Coke bottles and many more hours of opening and pouring, the magnificent Coca-Cola pool was created,” the people behind TechRax wrote alongside the video.

Despite it’s viral success, not everyone loved the video.

The top comment on the video may reflect what many thought of the weird, viral hit.

“It sickens me how much money you waste you prick.” 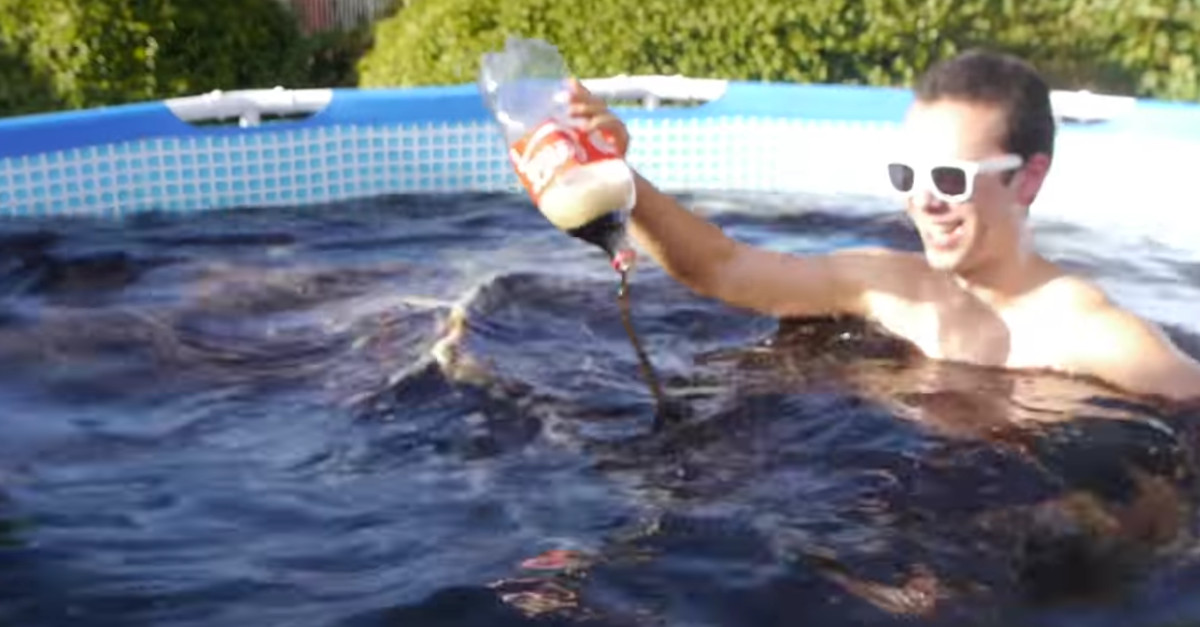