This guy is begging the internet to help him get a year of free chicken nuggets, and it’s working 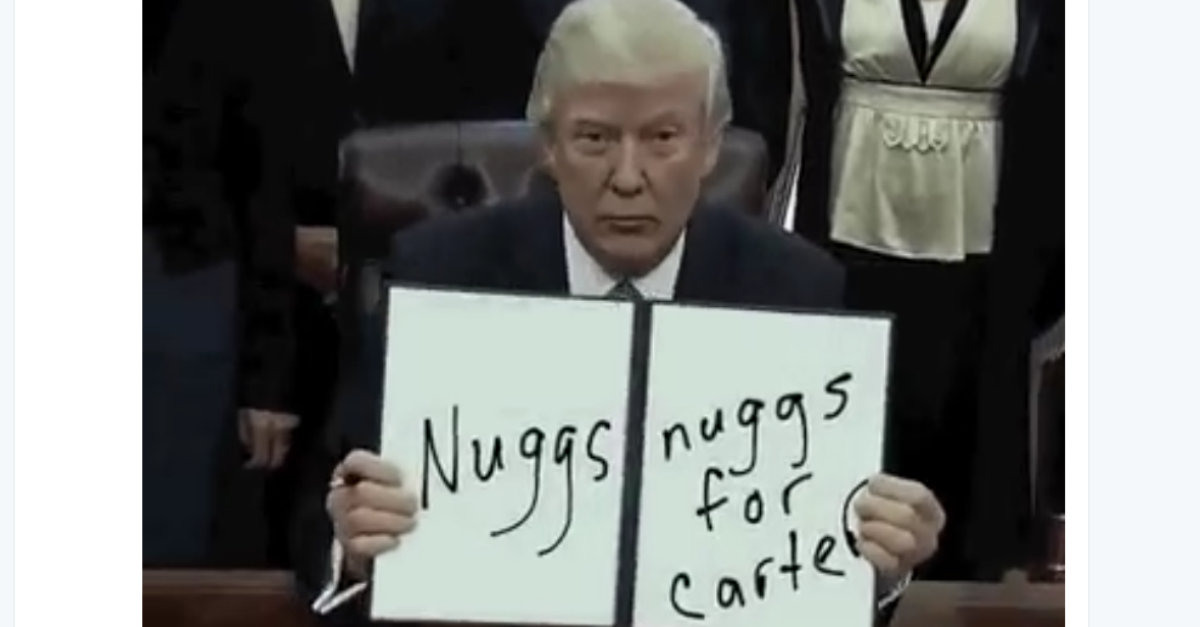 Wendy’s is renown for their Twitter presence–the fast food chain regularly throws barbs at other users of the platform, and even if you don’t like their food, you have to love their tweets. Twitter user Carter Wilkinson is a lover of chicken nuggets, and when he tweeted at the fast food restaurant asking how many retweets he needs to get a free year of nuggets, the Wendy’s named their price–18 million.

Yo @Wendys how many retweets for a year of free chicken nuggets?

However, they weren’t counting on the community vibe of Twitter. While the micro-bloggers might disagree on politics, sports and just about everything else, they’re in agreement that they want #NuggetsForCarter.

HELP ME PLEASE. A MAN NEEDS HIS NUGGS pic.twitter.com/4SrfHmEMo3

Mashable reported that the most retweets in history were awarded to Ellen DeGeneres’ Oscar selfie with 3.2 million.

Just about everybody has teamed up with Carter to help him on his mission to 18 million. TMobile CEO and prolific Twitter user John Legere tweeted, “Switch to TMobile and I’ll give you a year of free nuggets myself.”

Hey @carterjwm, sorry you have @ATT. Switch to @TMobile & I'll give you a year of free @Wendys chicken nuggets myself + more! Seriously. https://t.co/RmVygHPPob

If you get the 18 million RTs, we'll give you a free flight to take you to any @Wendys in the world in a city we serve. Good luck! https://t.co/igxnPg1JUF

We're in. How about you, @Amazon and @Google? #NuggsForCarter https://t.co/zi8FmD6Cf8