We had no idea this was even possible. Apparently you can rewire your car horn and link it to the brakes. This makes the horn goes off whenever pressure is applied to the brake, which happens fairly often when you’re driving somewhere. So, as you can probably imagine, the sound is incessant and incredibly  annoying.

RELATED: An Aussie radio host had to prank-call his own mom without being able to hear what she was saying — and it was absolutely hysterical

But don’t take our word for it; check out the video above. Some genius managed to rewire the horn of his friend’s truck without his friend noticing. He then tailed his friend and filmed the whole thing, resulting in this hilarious video.

Every time he hits the brake — HONK!

The poor drivers around him probably think he’s the most impatient driver in the world. 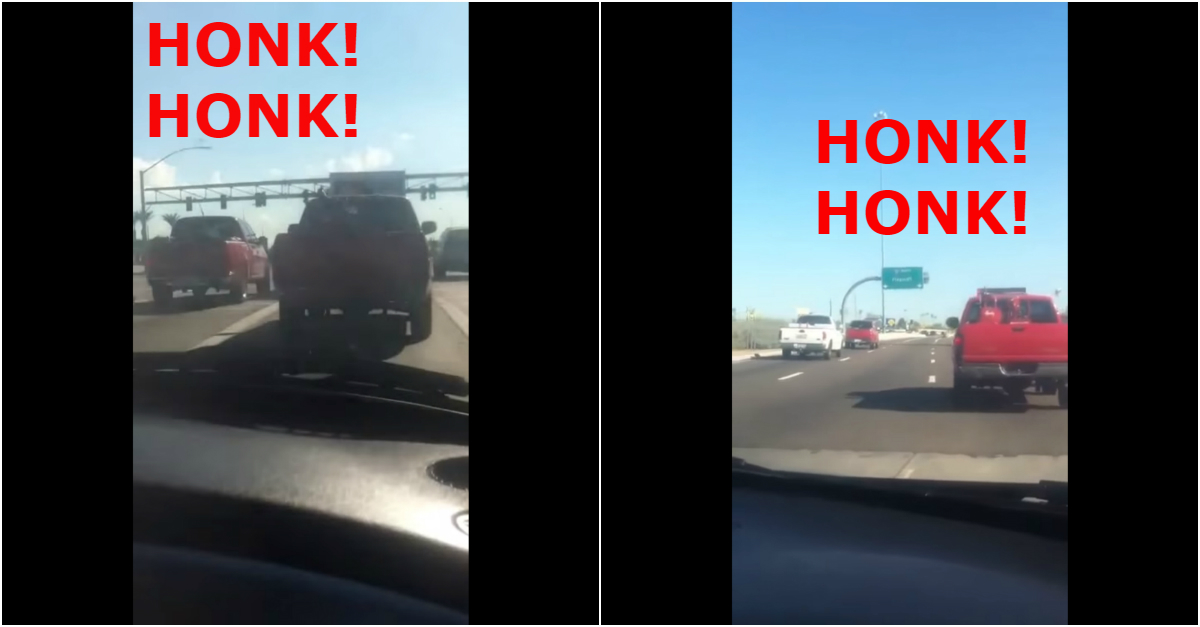