This guy was so busy taking pictures, he didn’t see his SUV getting washed into the ocean 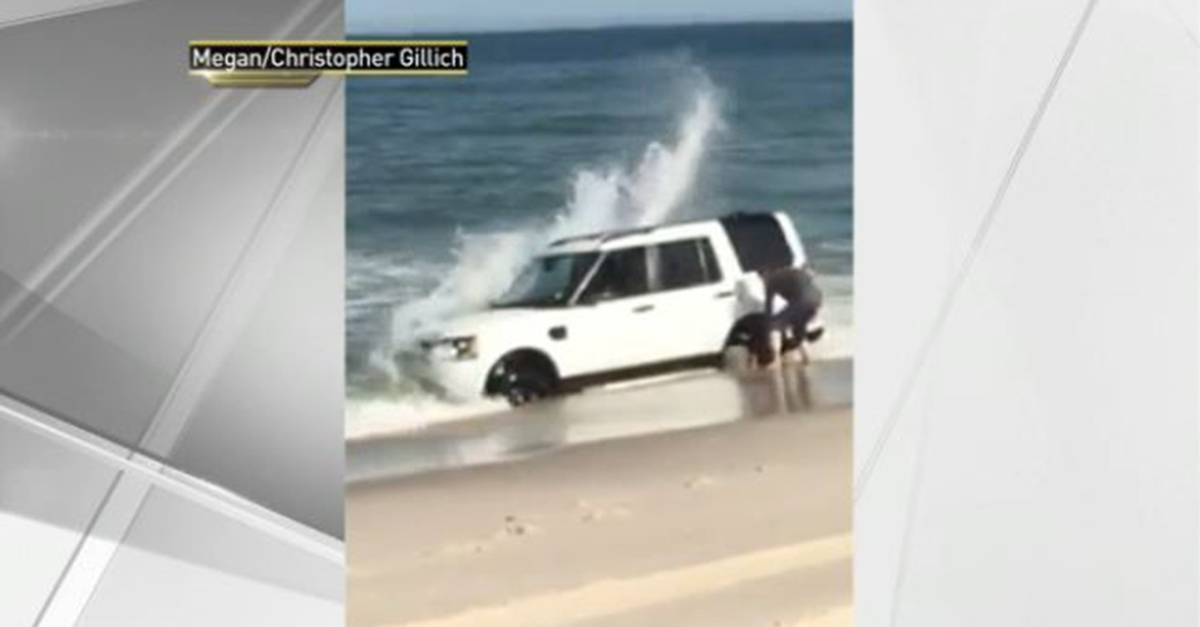 A man drove to a New Jersey beach to take pictures of his SUV by the ocean, but he parked a bit too close to the water. His car started sinking into the sand, which also makes a pretty good picture for everyone except the owner of the car.

You can see the man unsuccessfully trying to save the car on his own with a shovel. A tow truck came to the rescue and pulled the car out of the ocean, NBC reported.

According to NBC, people who saw the incident unfold said the man insisted on driving the car afterward, despite the fact that its lights were flashing and it was making weird noises.

The man also claimed that everything was fine because his car is waterproof, according to a Facebook post written by a witness.

“The waves beat the hell out of this car, but the owner arrogantly told me that it’s okay because it’s waterproof,” Christopher Gillich wrote. “He also felt that it was necessary to keep it running cuz if he shut it off it would not start again. He refused to take the advice to get rid of it because the vehicle’s a limited edition.”

RELATED: A woman smacked a reporter after he accidentally grabbed her chest on live television