This “Jeopardy!” contestant’s excessive confidence makes his gaffe all the more hilarious 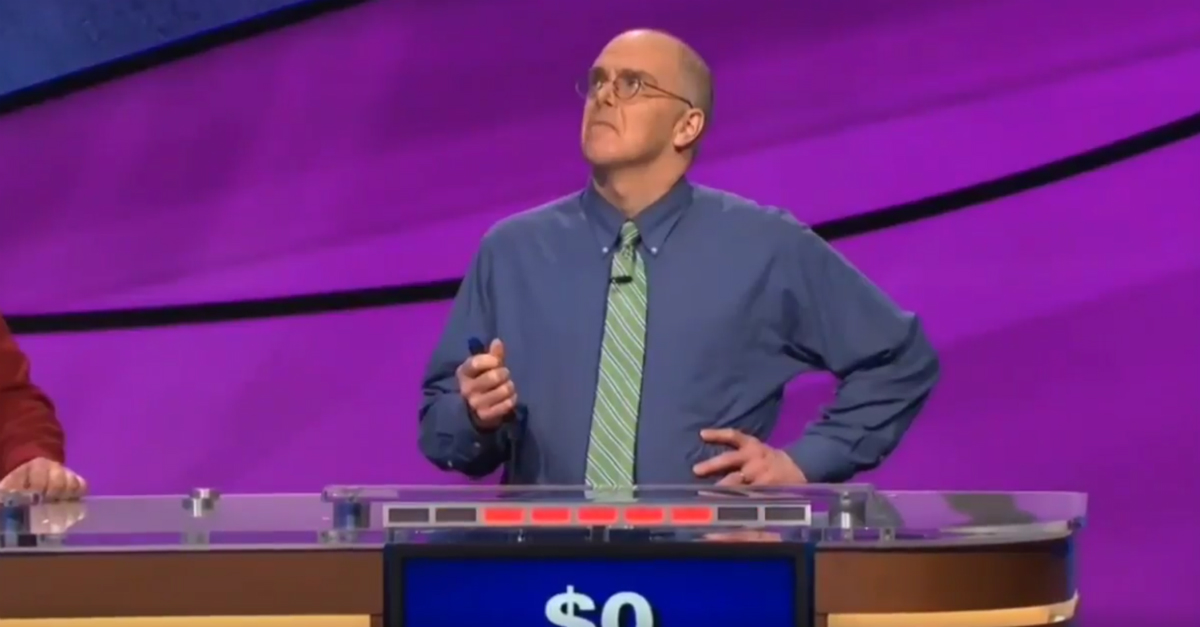 Unfortunately for one competitor on Monday night?s episode of “Jeopardy!,” the category ?3+3? (meaning the right answer will consist of two words, each containing three letters) was just slightly too complicated.

tonight's episode of JEOPARDY featured one of my favorite incorrect answers ever pic.twitter.com/w27APtKqnH

RELATED: Sports fans will shake their heads at one of the easiest Final Jeopardy answers ever

The player we’re referring to was named Kevin. Kevin buzzed in after his rival competitor Jamie selected the $200 answer, and Alex Trebek read out the words, ?A Hired Killer.? after a second or two of consideration, Kevin confidently responded with ?Hot gun,? completely ignoring the correct “Jeopardy!” answer format. It didn’t take long for one of Kev’s fellow competitors to clean up his mess by answering correctly.