A Mississippi weatherman was in for quite a surprise when a kid crashed his weather report.

Patrick Ellis was delivering the forecast and giving his fellow Mississippians the dew points on Saturday when a youngster exploded onto the set and declared, “I don’t know what’s going on.”

Ellis did a remarkable job at going with the flow and only looked off the camera uncomfortably. He actually stayed in character, remarking in his best upbeat weatherman voice, “Well, we’ve got a little bit of interesting things going on right now.”

He even asked the young visitor if he wanted to point out the weather; unfortunately, the response was, “There are farts everywhere and toots,” which at his age is probably the equivalent of some pretty raunchy profanity.

Ellis had a good attitude about the incident and later tweeted, “ICYMI: I had my own viral moment last night.”

ICYMI: I had my own viral moment last night; all I'm going to say it watch out for the "toots" across central… https://t.co/fWjRehHjFd

RELATED: The heat was on when this weatherman’s map malfunctioned, and he handled it like a pro 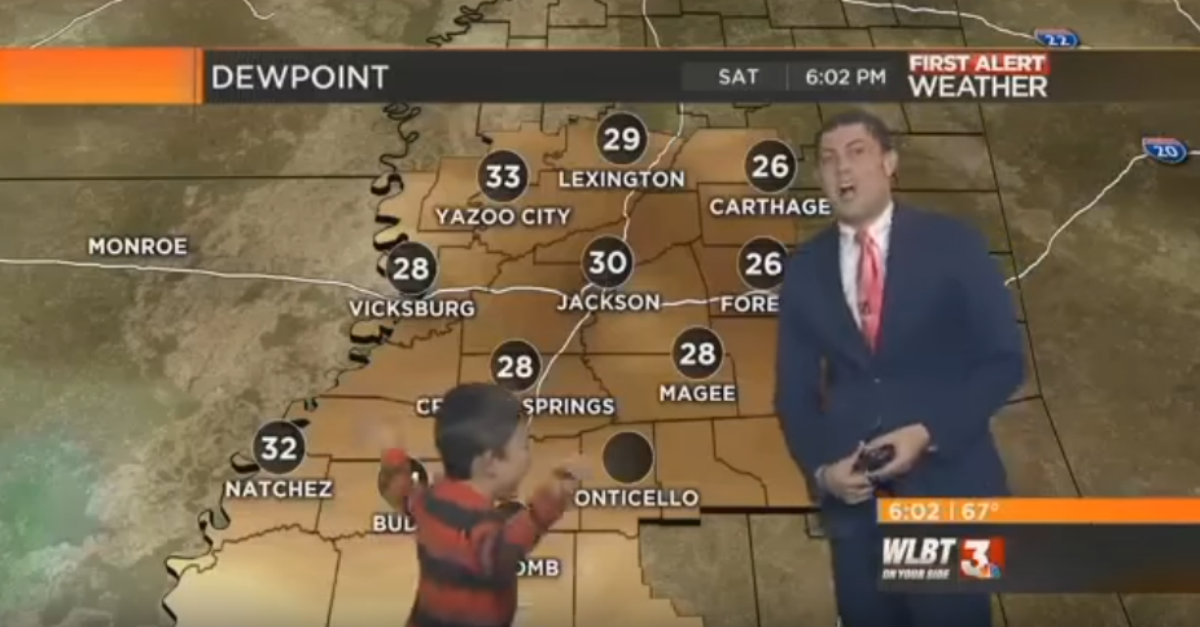