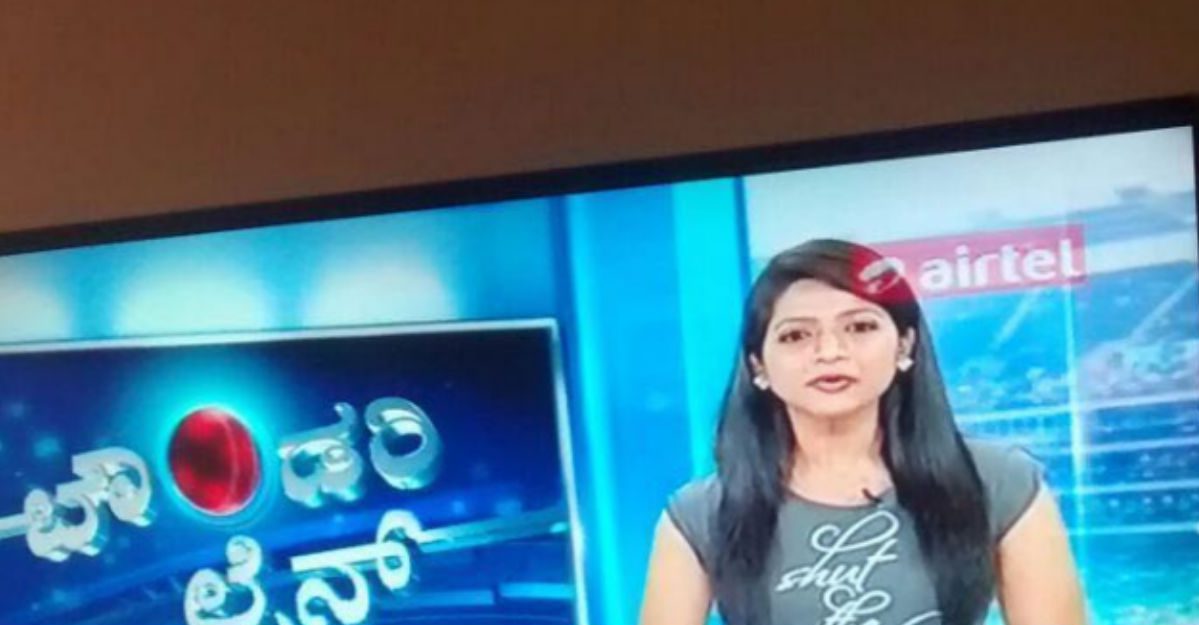 This local news anchor from Bangalore, India did not do the most bang-up job when she appeared on a live broadcast wearing this aggressive T-shirt. RELATED: Someone at this local news station must?ve skipped class the day they taught bar graphs in school

Maybe we’re just being old fashioned, but “shut the fuck up” is probably not the kind of message you want to send to the viewers at home.

Hey, maybe it was all for a ratings bump. It certainly got our attention. But there’s something to be said for the whole “laughing at you, not with you” attitude that didn’t do her any favors. It probably wouldn’t have hurt her to at least throw on a scarf or something.