This man tried to ride a unicycle in a bar, and it went exactly how you think it would 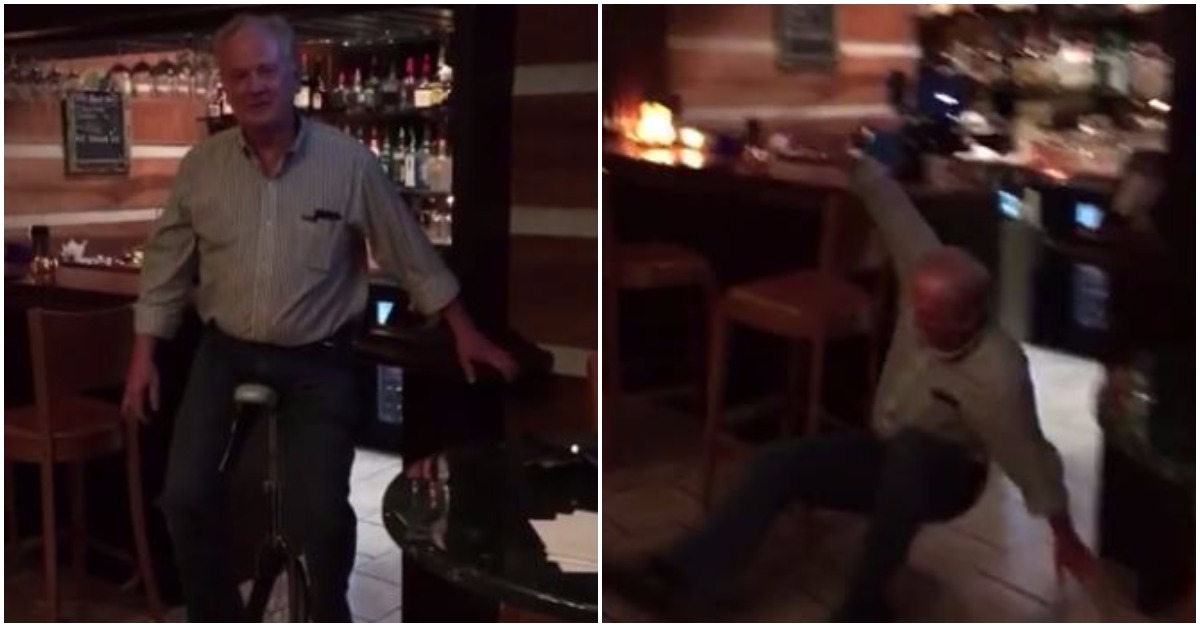 If you’ve ever thought about sitting at a bar for awhile and then trying to ride a unicycle, you might want to reconsider.

RELATED: Whether it?s people falling off bikes or unicycles, this compilation of cycling fails captures the best crashes

The man in this video does exactly that, and it goes just as well as you think it would. It’s not clear whether the man had a few drinks while working up the courage to ride the unicycle, but either way, the ride doesn’t last long. After getting on the unicycle and letting go of the counter, the man falls off and is on the floor within seconds.

If there’s anything to learn from this video, it’s that unicycles and bars don’t mix. Leave the unicycles to the professionals.