This mom hid an egg inside the turkey, had her daughter clean it and filmed the screams 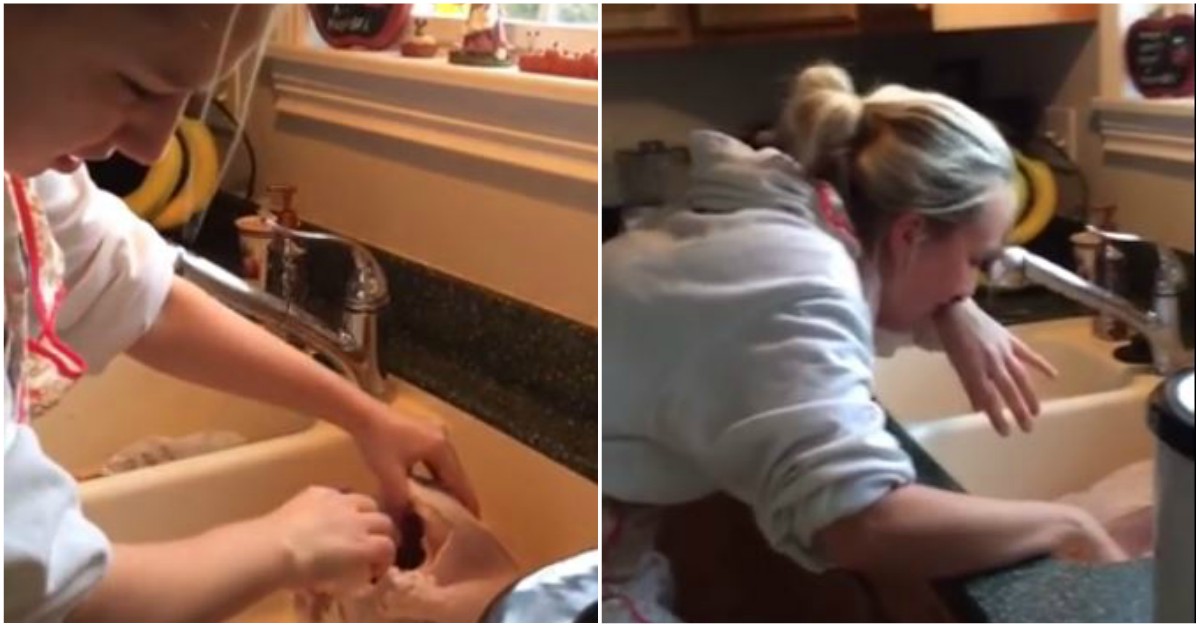 Every child reaches the point in their life when they have to grow up and start taking over some of the family chores. In many ways, a son cleaning fish with his father and a daughter cleaning a turkey with her mother are rites of passage. But one mother decided to have a little fun with her daughter during the Thanksgiving tradition of cleaning the turkey.

RELATED: Annoy your nearest and dearest with these super easy but incredibly satisfying summer-themed pranks

The mother hid an egg in the back of the turkey and then had her daughter remove the giblets. When the girl encountered the egg, she began screaming, “Oh God! Oh God! There’s an egg in there.” Her mom kept a straight face, dismissing the possibility that the turkey was pregnant.

RELATED: This sleeping dad was given the rude awakening of a lifetime by his girlfriend’s hilarious prank