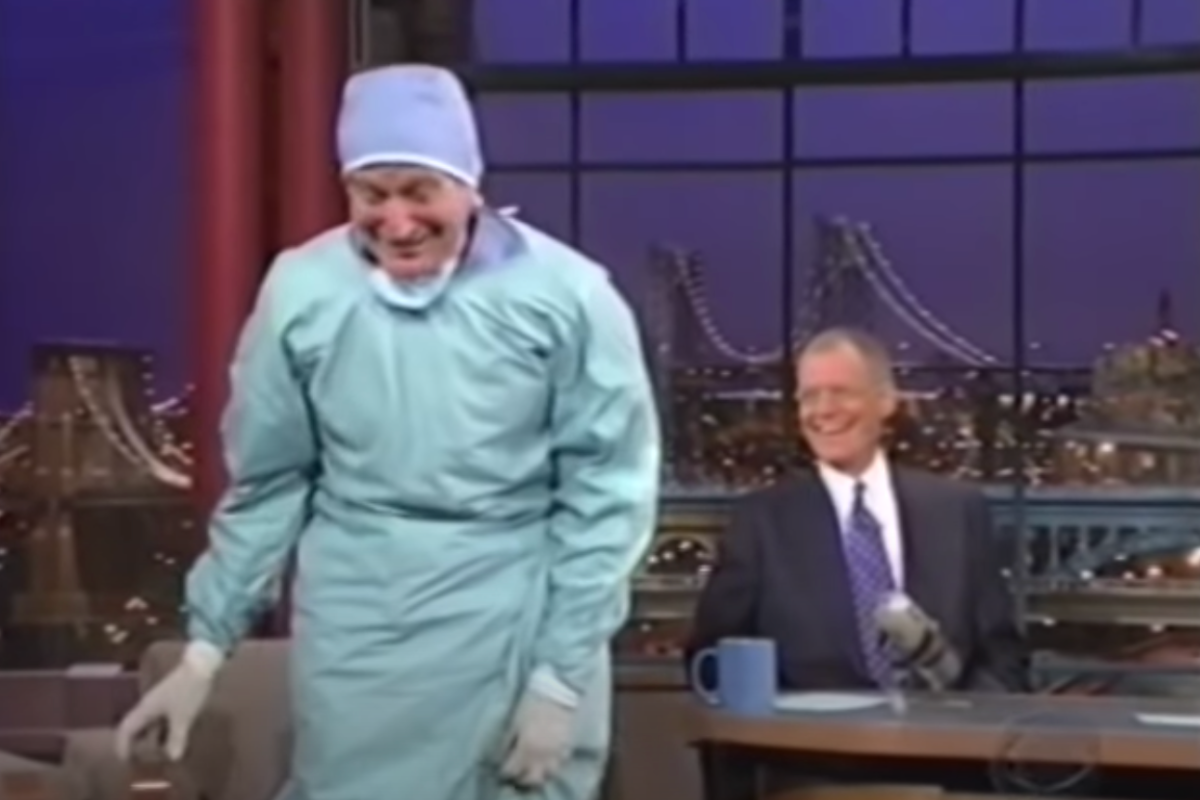 Robin Williams is on the entirely too long list of entertainers to depart from Earth way too soon, but old clips like this one from The Late Show with David Letterman are a good reminder of why the Mork & Mindy actor and stand-up comic was so good at cheering everyone up with his comedy.

This comes to us from the year 2000 when David Letterman had just come back to his show after a pretty significant heart surgery. Letterman missed a bunch of time for the surgery, so his return was a pretty big deal and an interesting subject for the CBS late-night talk show to tackle. It was one of the first times the typically sarcastic and goofy show got heavy at all.

Enter good friend of the program Robin Williams, who comes out in full doctor’s attire: scrubs, mask, gloves — everything. He’s even carrying around a cooler labeled “Human Organs”. Williams, who won an Oscar for his role in Good Will Hunting, does like always and fully commits to his bit. (Nothing can trump this man’s ability to commit. Sometimes it seems like he could fly if he wanted to.)

This is a good reminder that the best way to deal with a subject can sometimes be to go at it head-on instead of avoiding it. Letterman would often crack wise about his bypass surgery, even going so far as to make a bypass joke about himself and the talk show host’s failed attempt to succeed Johnny Carson and host NBC’s The Tonight Show once. (Now hosted by Jimmy Fallon.)

It’s unfortunate that a sweet and talented man like Robin Williams is no longer around to share this kind of humor with us, but hopefully he would be happy to know that we still enjoy his work today. Every clip like this that is unearthed is a moving tribute to and reminder of Williams’ brilliance.

This story was originally published April 21, 2016.