This prankster likes to get up close and personal with strangers on escalators, and their reactions will make you cringe 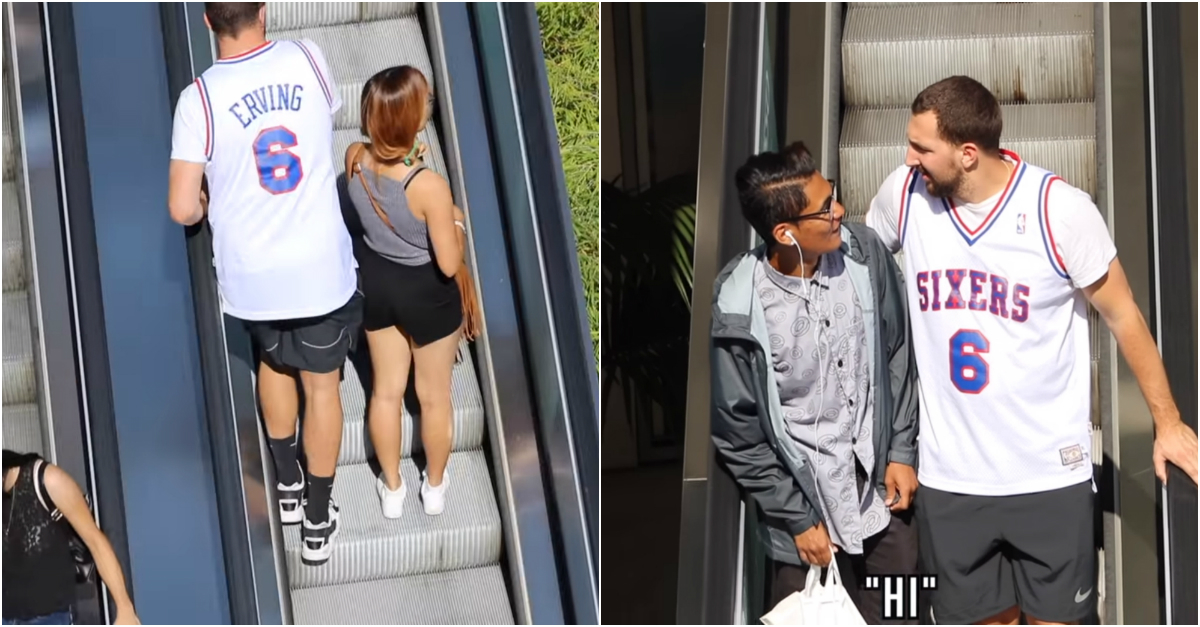 YouTube prankster BigDawsTv likes to film unsuspecting members of the public while he plays sneaky “Candid Camera” style tricks on them.

In this particular prank, Daws decides to make random strangers uncomfortable by invading their personal space on an escalator. This mostly involves trying to go up a down escalator, or vice versa, and making it difficult for people to get around him. He even hops across the escalators at one point.

Some of the people react accordingly, but a few of the reactions might surprise you.

We’re just glad nobody beat him up. You can see that some were close to doing so.