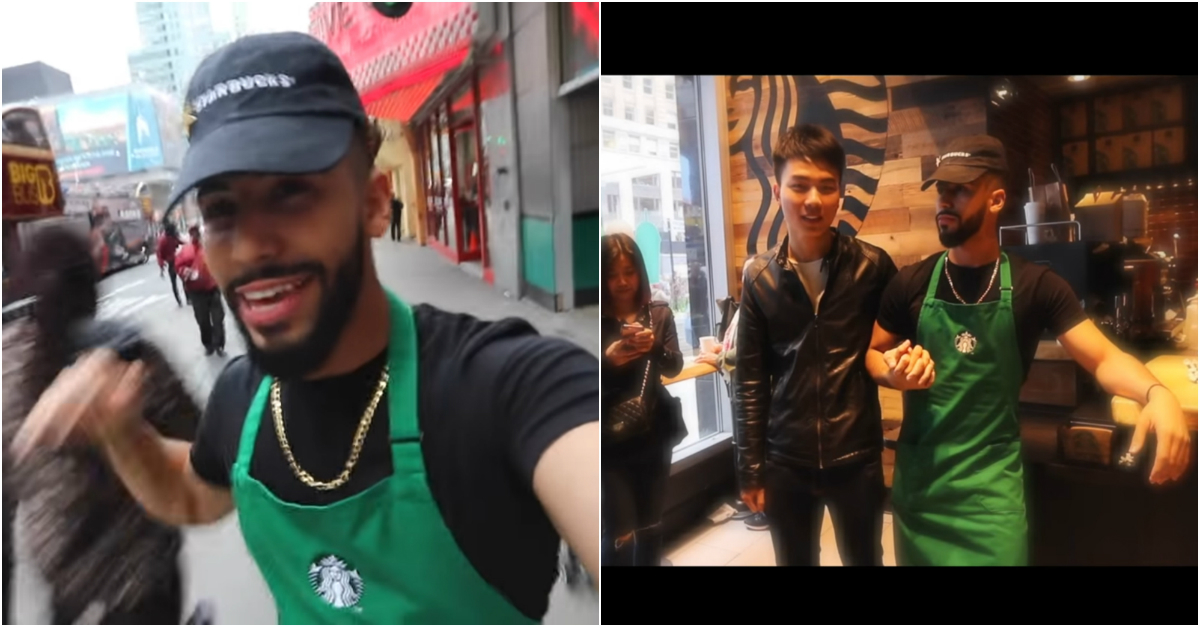 RELATED: This prankster was able to infuriate the cops with nothing more than a water bottle

Adam did what any good prankster would do when presented with such a gift — he put it on, went into several Starbucks branches in New York City and pretended to be a member of the staff.

Clearly, not everyone was as gullible as Adam had hoped. It only takes a few minutes for him to get recognized in the first Starbucks, so he eventually turns his attention to pranking the customers instead — with varying levels of success.