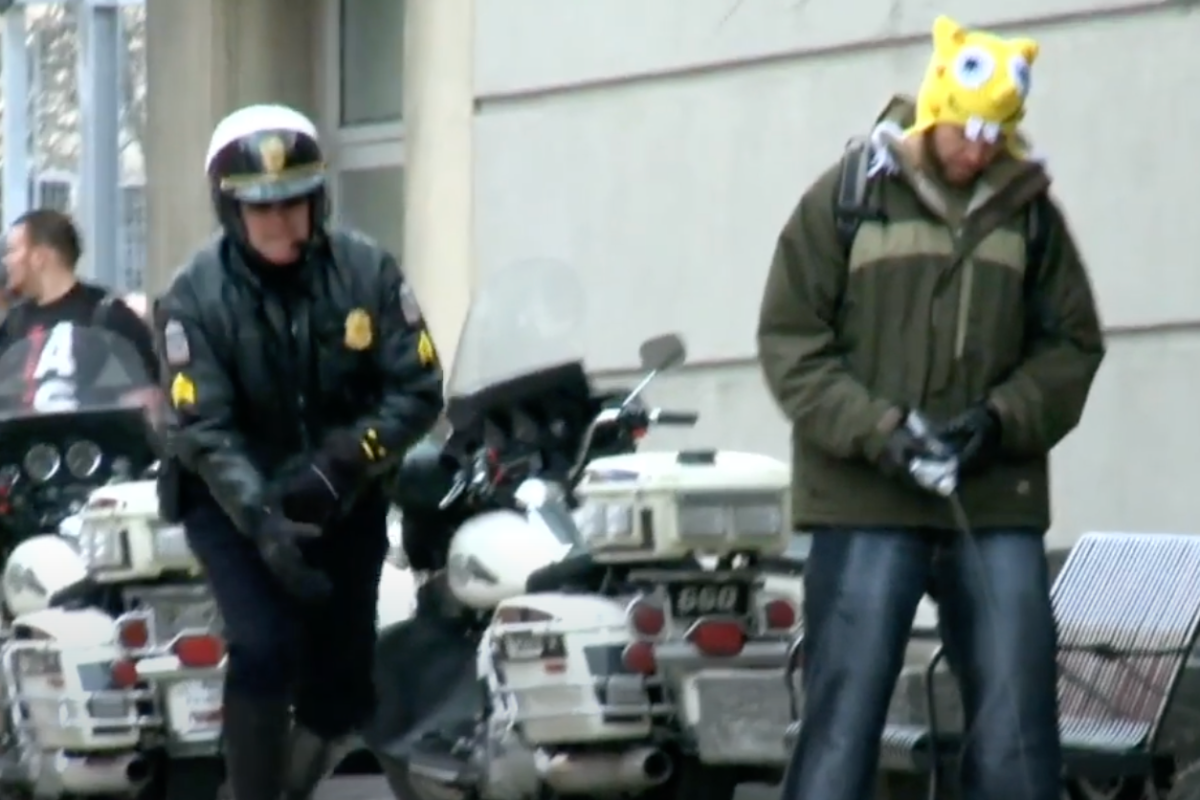 It must be hard to be a YouTube prankster. What can you do that hasn’t already been done?  Wives, girlfriends, kids, parents, and friends have been done to death. Who can you prank that hasn’t been pranked?

Well, if you’re RomanAtwood — a YouTuber who likes to live dangerously — you prank a bunch of highly trained and intimidating cops by acting like you’re peeing in public.

Police Officers Get Tricked in an Epic Pee Prank Video

In this particular prank, Roman uses a water bottle with a hole in its lid to pour the water onto the ground while standing with his back to various officers of the law. Obviously, the astute cops notice him, but from where they’re standing, it looks like Roman is urinating.

Some of the cops laugh at Roman’s dumb prank, but others are understandably less friendly about being tricked by the social media star. Regardless, there are several awkward moments when the cops discover his bathroom prank.

There are Lots of Funny Videos of This Pee Prank, Actually

Some guy in Germany did this too and it’s equally as “lol” inducing as Atwood’s video. As far as funny pranks go this pee one has jumped to damn near the top of our list. It’s fantastic. 100% worth watching.

One interesting thing to note, however, between the German guy and Atwood, who was pulling his prank in America, is that… whoa those cops from the United States are a lot meaner than the police in Germany of all places. (Maybe uniformed Germans have softened up since 1945?) Either way, it’s kind of an interesting if anecdotal juxtaposition.

This article was originally published May 8, 2017.