Wendy Burch, a reporter for KTLA in Los Angeles, had a pretty rough time when she went to report on the “Ironman” competition in Hermosa Beach, Calif. The reporter was surrounded by drunk men, one of whom asked her, mid-interview,”Where’s your beer?” But the moment that made her an internet sensation came a split second later.

RELATED: This weatherwoman lost her earring so her trusty anchorman started searching for it while the cameras were rolling

As Burch was interviewing one of the competitors taking in the Fourth of July festivities, her segment was interrupted in the worst way. The young reporter was vomited on and screamed, “Oh no!,” but it was too late; the camera froze on the shot of Burch, cementing her messy moment for all of eternity. When they cut back to the news desk, the anchorwoman was visibly disturbed.

But Burch was a good sport about her moment in grime. Later that evening she wrote a blog post for HuffPost entitled “REPORTING LIVE, GETTING PUKED ON & BECOMING A VIRAL SENSATION or ‘How I Spent My Fourth of July.'” She said that after the segment, she went home and took a nap. When she awoke, there were hundreds of retweets on the video and even a request from the New York Times to learn more about the incident. Ever the optimist, Burch closed her blog post with the declaration, “To all of you aspiring journalists out there, I’m here to tell you, dreams really do come true… especially in the age of viral videos.” 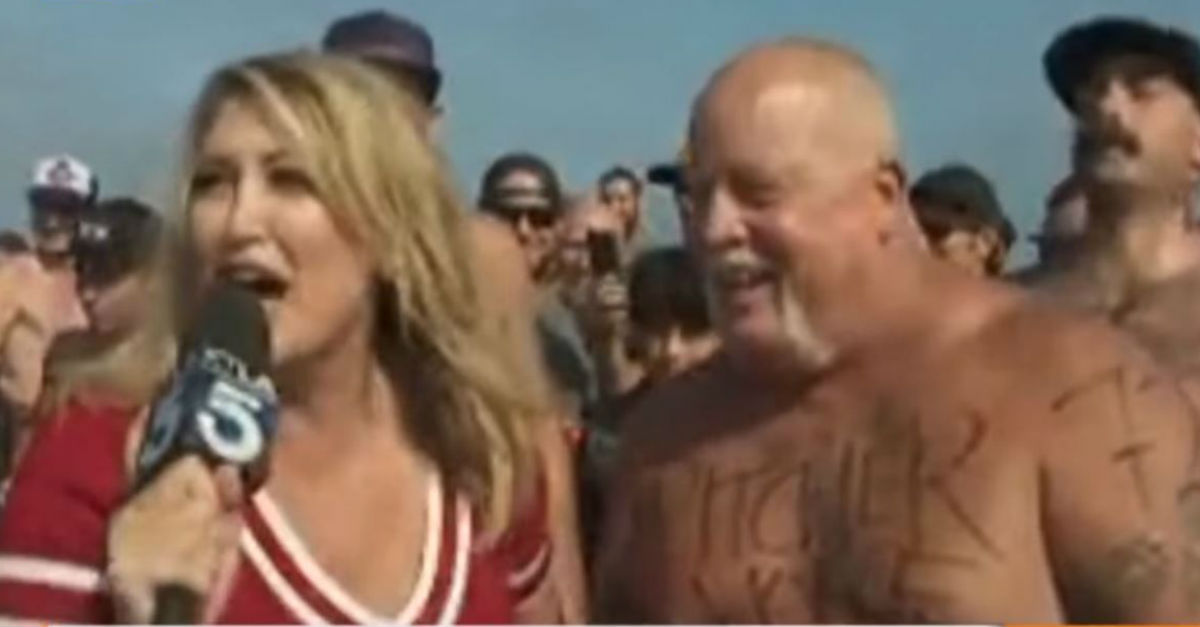