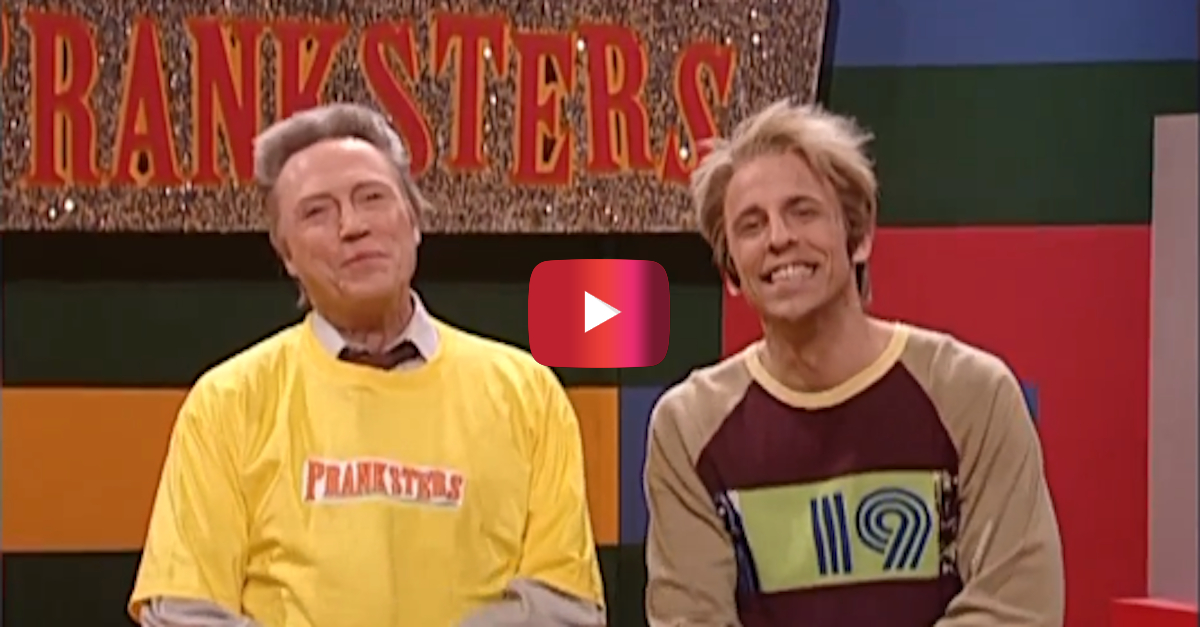 In season 28 (2003) of “Saturday Night Live,” Christopher Walken guest-starred in one skit that featured Chris Kattan and a very young Seth Meyers. It was about these pranksters who go around and catch themselves pranking other people on camera. Kattan pranked his sister with a “hidden surprise” in his mom’s jewelry box — since his sister always grabs some before a big date — and that was innocent enough.

Christopher Walken’s prank went to a completely different level as he pretty much killed a guy! Unfortunately for Chris Parnell’s character, he learned the very hard way not to take Mr. Walken’s parking spot. That crowbar to the head really sent the message for the prankster.