Southern Mamma Shoots Kids’ iPhones with Shotgun for Disrespecting Her 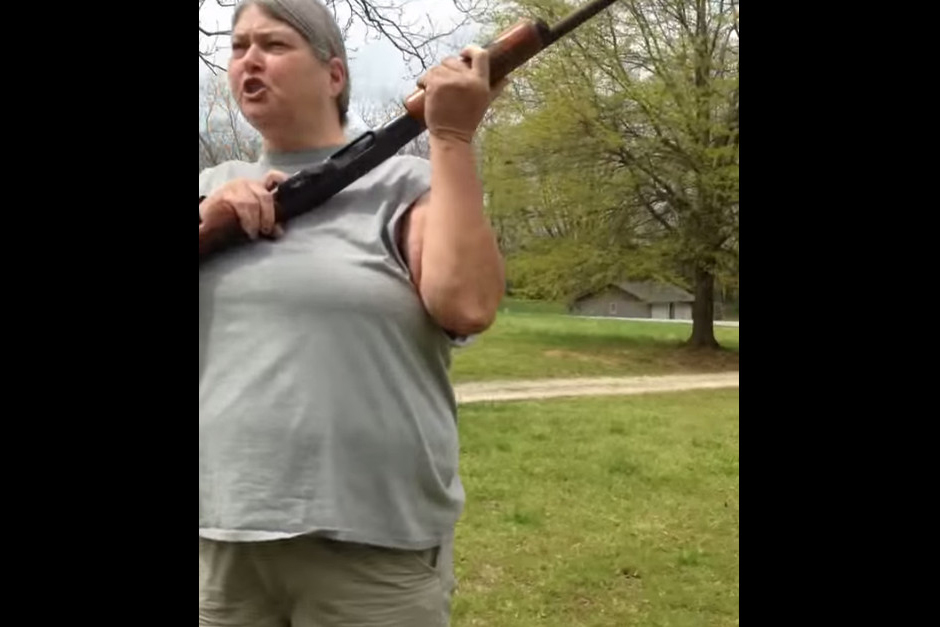 “This is what happens when you disrespect and cuss your mom in the south,” uploader Josh Smith writes.

Admittedly, Josh Smith sounds like a very fake name. The video begins with a shot of a woman holding a 12-gauge shotgun as she announces she disavows social media.

Like a Donald Trump Twitter supporter come to life the tattooed woman takes her gun and shoots up the children’s phones.

“I hereby denounce the affects of social media has on my children, their disobedience and their disrespect,” the woman says.

“Fuck you,” one of the children yells at their mom.

“I take back my role as your parent!” mom says.

After the woman takes a sledgehammer to the rest of the devices sitting on a tree stump in front of the children, one of her kids says that the kids “don’t give two fucks” if she likes them or not.

While all this happens, the family dog sits back and watches with disbelief.

Maybe More of Us Should Be Like This Southern Mother?

I mean, how many of us can watch this Georgia mother shoot her kids’ phones and not sort of sympathize with her? With all the negative ways phones and social media affect all of us, let alone kids, it’s not hard to see at least part of yourself siding with the mom, even if you think her exercising some bizarro version of her second amendment rights on her kids’ phones isn’t exactly the right way to handle things. (It’s not. Made me lol, but it’s not.)

This article was originally published April 8, 2016.