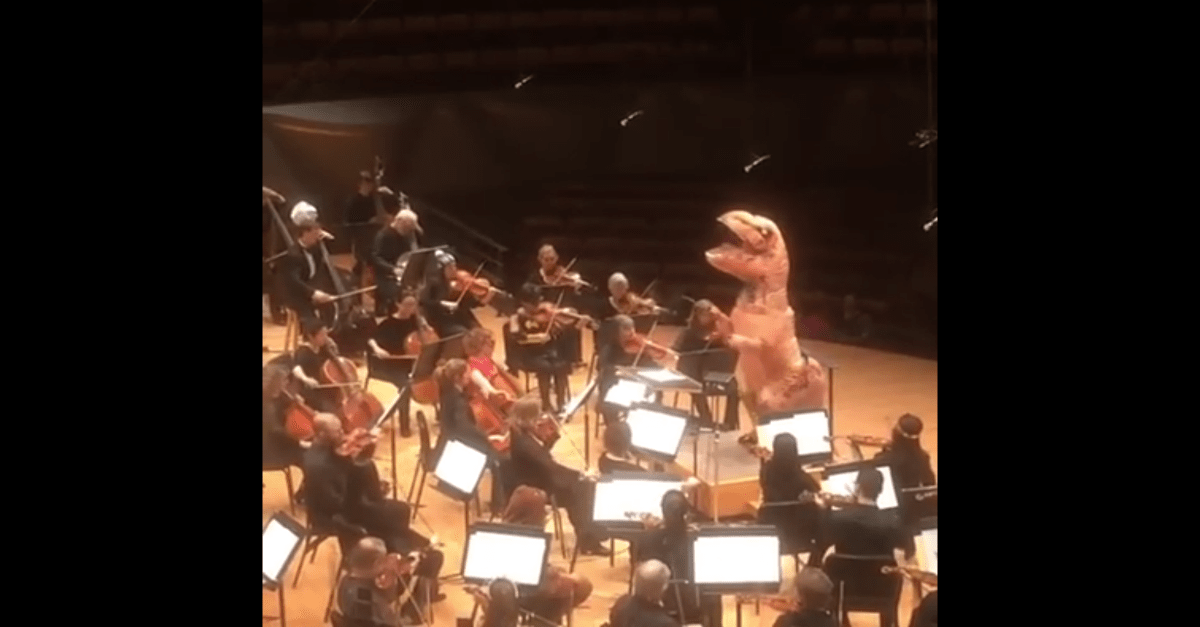 We’re big fans of videos featuring people in ridiculous dinosaur costumes. Especially the insane looking t-rex costumes, like the one featured in this video uploaded to Facebook by Christopher Dragon on March 27, 2017.

RELATED: A T-Rex ice skating is just as funny as it sounds, and this video proves it

But it gets better. As if the sight of a t-rex conducting an orchestra wasn’t enough, the orchestra  is playing the theme song from “Jurassic Park” — a movie about dinosaurs!