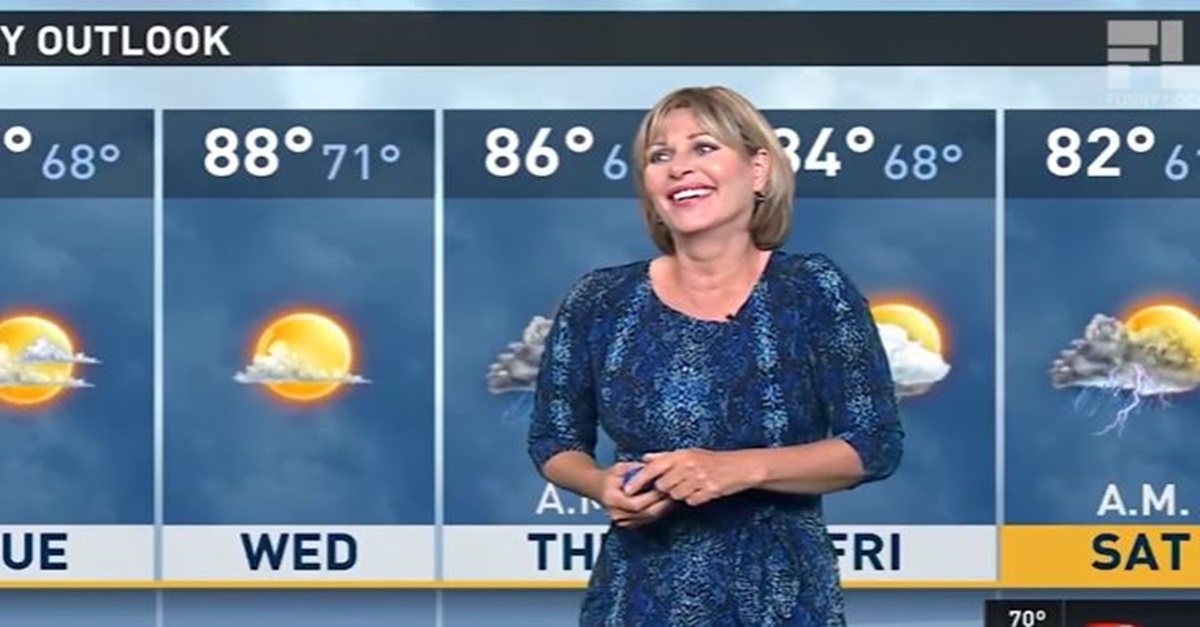 Local news studios are a hotbed for groups of pranksters and schemers. In most ways, it’s a pretty typical office. The only difference is that the local news teams have to be deadly serious and appear before the local audience — many of whom know them and see them in the aisles at Wal-Mart.

RELATED: It’s weatherwoman vs. wind in this hilarious fail of a news blooper

Unfortunately for a news crew in Buffalo, New York, they just couldn’t keep straight faces after one anchorman made a comment that just didn’t sound right.

“That’s your kind of thing, Marie, you love doin’ it yourself,” the anchorman quipped to the weatherwoman, who then looked at him for a split second before laughing out loud.

When they cut back to the anchorman, he was laughing so hard that he almost spit out his drink.

She declared, “I’m here doing the weather, and I can see what’s going on in the background, and it’s always some sort of shenanigans.”