As soon Steve Harvey finished the question, this woman blurted out a humiliating answer 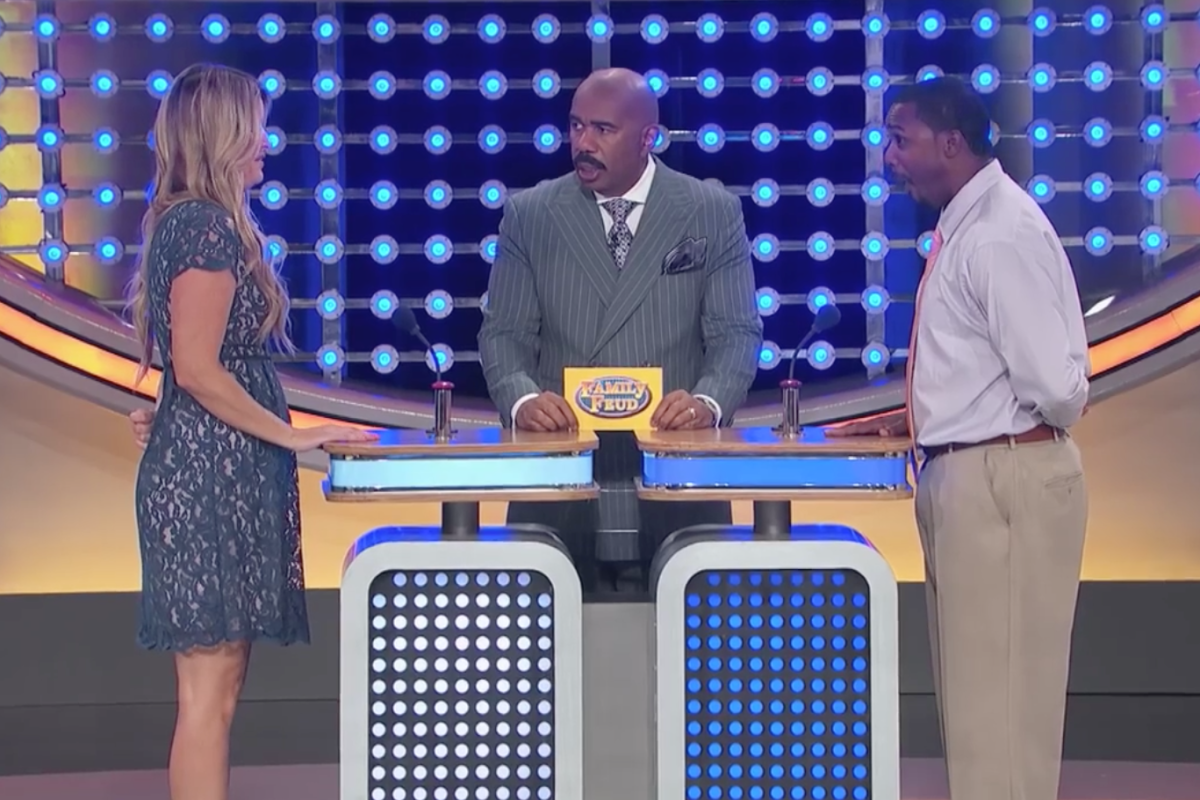 As soon as “Family Feud” host Steve Harvey finished the question “Name something a doctor might pull out of a person,” a female contestant buzzed in instantly and answered “gerbil.”

That was the first thing that came to her mind. “I heard about something like that once,” she said.

It took her opponent a few seconds to realize what had just transpired before him, but once he did, his laughter took over.

Needless to say, gerbil was not one of the top answers on the board.  Her answer may have set off a rash of Google searches by those not familiar with the urban legend. Google it, at your own risk.

The show’s popular host is well known and beloved for his wild reactions to crazy answers.  Since he took over, the game show’s popularity has soared. The tone of the questions often leads to wild answers, with some saying the show could be called Sexual Innuendo Feud. But the writers are often just as surprised as the audience by the out-there responses.  They certainly did not predict this particular response.

On Jeopardy and Wheel of Fortune, people tune in to see if people get the answers right, but on Family Feud it’s all about the way Steve interacts with the contestants. And it’s funny to see regular people blurt out unexpected things.  The Internet is now filled with clips of people giving awkward answers to awkward questions courtesy of Family Feud.

This post was originally published on February 11, 2015. We’re recycling it because sometimes you just need a laugh.