Woman Tragically Knocks Out Her Front Teeth After ‘Too Many Mimosas’ 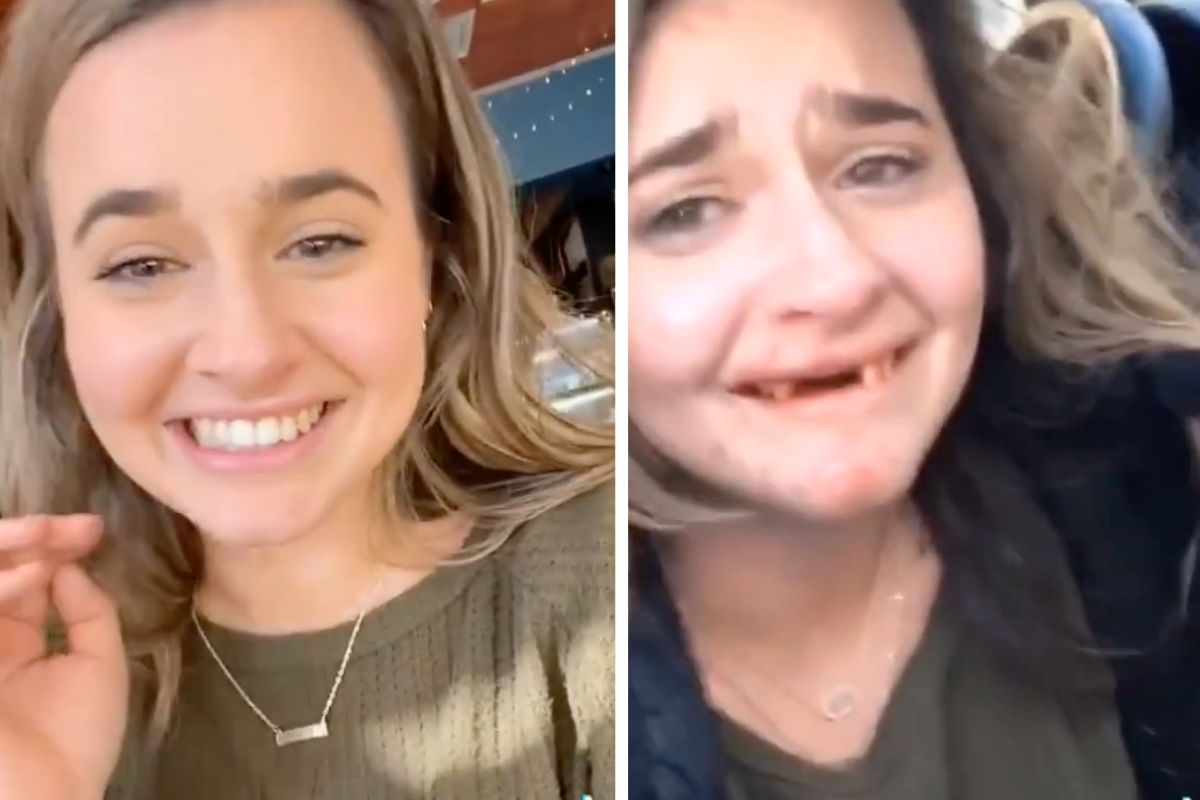 Alright, let’s face it, we have all been here. I’m not judging this woman one bit because well, I’ve had my share of mimosas. God Bless Sundays, champagne, and orange juice. This woman was just trying to have a good time, and well, she did. Except for the part where she smashed her face on the ground and lost her teeth. But besides that, it was a great day.

Meet Autumn Cathey, the woman who is basically going viral on TikTok and on other social media platforms. Basically, she filmed herself and others drinking several flights of mimosas throughout the day, but things took a turn at bottomless brunch when her front teeth were knocked out. As expected, the Tiktok video went viral, because well…it’s funny. She knew what she was doing when she posted it.

The video was originally uploaded to TikTok by user @autumncathey6. One day after posting, the video amassed over 211,000 views and over 340,000 likes! As expected, an uploaded video on Twitter also went viral with over 3.4 million views! Yikes, that’s scary.

In the viral video, the TikToker narrated drinking mimosas with her friends, recording each of them saying how many they have had. After saying that she had seven mimosas, she is then shown climbing onto a friend’s shoulders and walking about the plaza. That’s when the good shot comes in. She is then shown sitting in a car with several of her front teeth knocked out. It’s not clear how many of her teeth were knocked out, but her caption describes it all, “Bottomless mimosas are a drug.”

You ain’t right for this one 😭😭 pic.twitter.com/X3i2M3fTpk

But fear not, apparently Autumn is doing pretty well. In a reply to a TikTok comment, she said, “They put the teeth right back in and put glue across my whole upper row of teeth.” She said she’s perfectly fine, but a little traumatized, of course, and luckily her smile is back to normal. I have to say, she is really really lucky! She could have busted her lip open or hit her head. I guess her teeth landed that fall.

Watch: Teenager Horrifies the Internet by Cooking Steak in Toaster