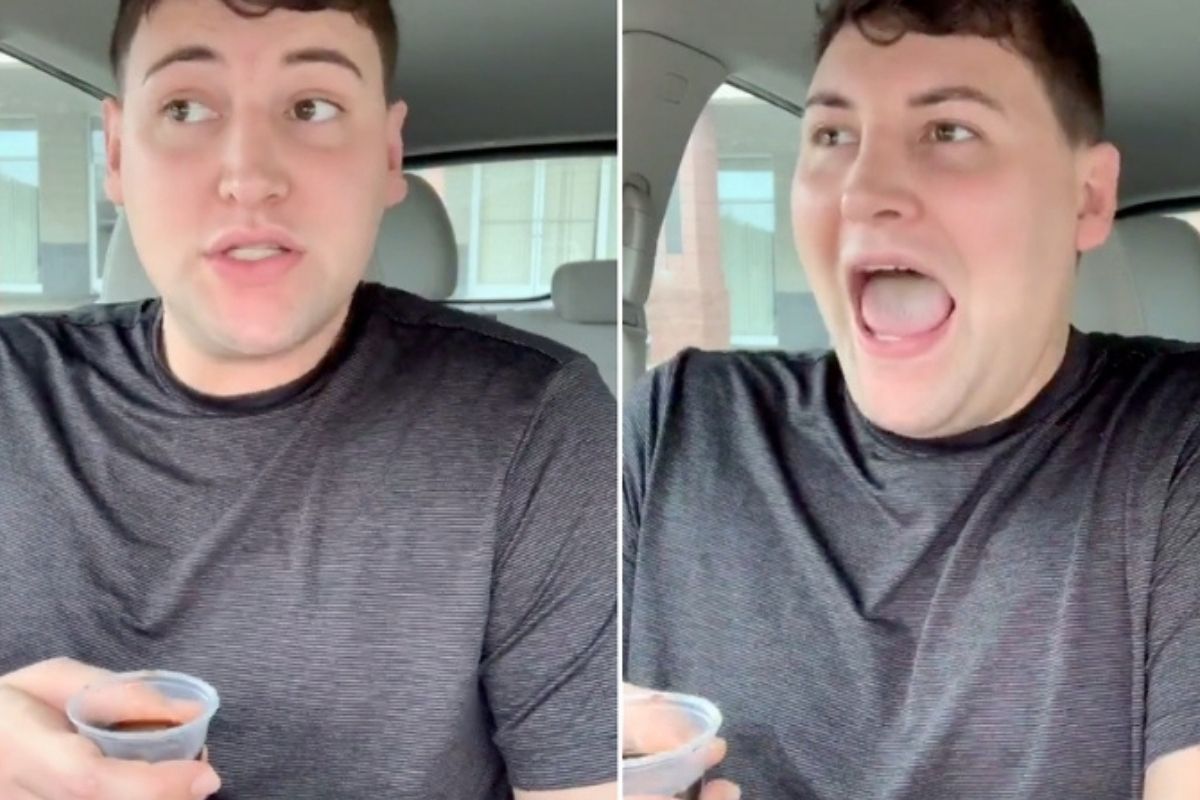 I have said it once, and I’ll say it again: I HATE THE INTERNET! I don’t understand how people are coming up with all these stupid trends. Seriously, it’s like these kids don’t have anything more to do than to come up with gross and stupid ways to become viral any way they can.

Introducing the new gross trend, testicle dipping. Buckle up, because this is a good one. Apparently, people on TikTok are grabbing soy sauce and then rubbing it on their testicles. Why? Well, to see if they can somehow taste it. According to Buzzfeed, the strange trend began when someone found an article about a 2013 study(which you can read here) that claimed testicles not only have “taste buds'” but they can also detect flavors. WHAT IN THE WORLD!?

Men Are Dipping Their Testicles in Soy Sauce

So, that’s when people decided to put the stupid theory to test, and then the salty and soy-based condiment was apparently just a thing to prove it. So, a TikTok user called Alx James, who has more than 95,000 followers mind you, decided to step it up and give it a go.

So there he is, grabbing the soy sauce in one hand, and then dips his hand in it, and puts it in his balls. I appreciate him not actually dipping his testicles in the container though, because that would have been a whole different video. So, as expected, the video blew up and automatically went viral. Because duh. I’ll admit it, I was curious to see if this was actually real.

So, after seeing this video, another TikTok user also decided to try it out, because well, he probably wanted more followers too. Matthew Lush, who has 91,000 followers and nearly 870,000 likes, also put to test the theory. What happens in the video? He states, “I don’t know if I’m just imagining this. I don’t know if I can smell it or taste it – wait, what the f***!?”

Now, what I really want to know here is if this is true. Men, is this a thing? Can you actually taste things if you dip it in your balls? Are you just trolling us? I need to know. I made the mistake of going on youtube and trying to research it, only to be greeted with numerous videos of men dipping their junk into whatever they could find.

As a woman, I am really really concerned for your health. I mean, in what right mind do you think dipping your balls in anything is a good idea!? Come on, we know better than that. Do better!

No wonder they say women live longer than men.

Editors Note: This article was originally published on January 17, 2020.