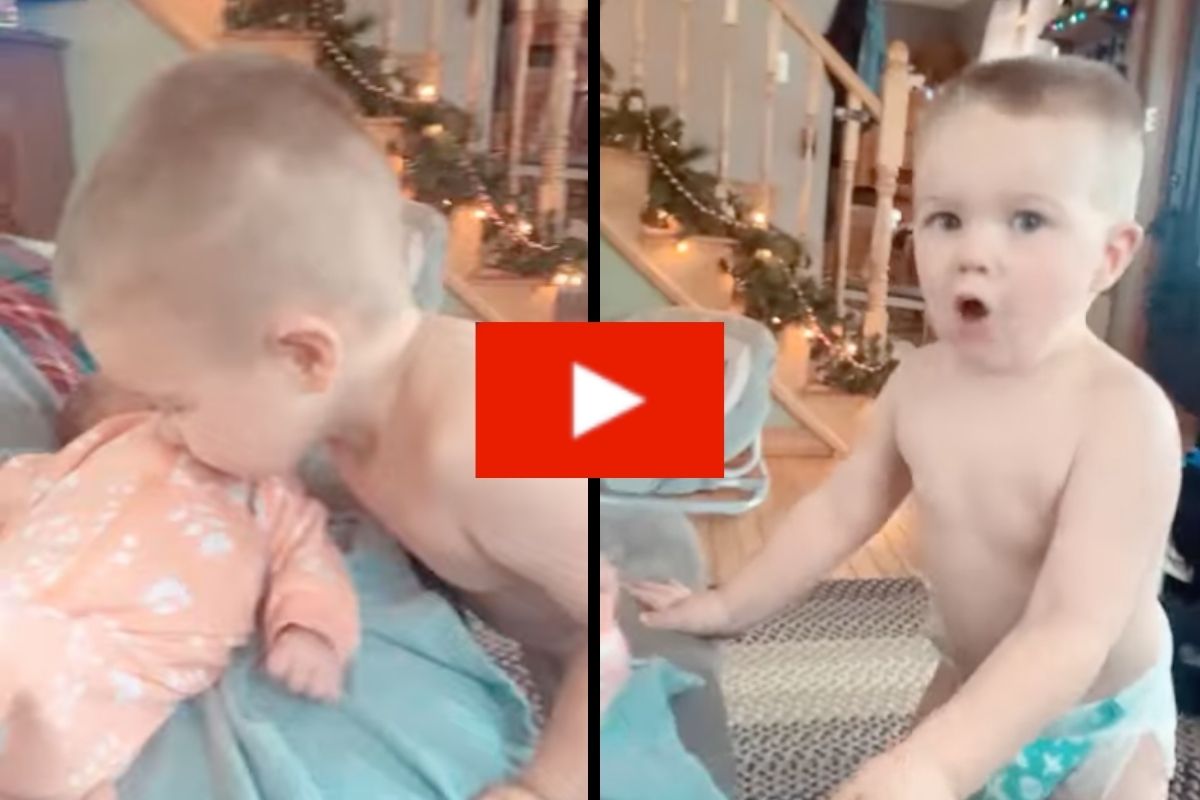 Toddlers are pretty innocent in the way they express themselves and react to things. As one could see in this video, there was just no hiding this toddler’s reaction, when his mom told him to go ahead and sniff his new baby sister’s dirty diaper. Cut the little guy some slack, okay? He’s just now understanding his new role as a big brother.

Sterling is the 2-year-old son of Cassandra Graves, a mother that resides in New Brunswick, Canada. His new baby sister, Jolene, had just taken a nice poop in her diaper, so Cassandra decided to have a little fun with her older son. And also teach him a valuable lesson about how close he should get to his little sister if she has an accident.

According to Storyful, the video was first posted on TikTok by Cassandra, and it shows her prompting Sterling to get closer to Jolene to get a nice, big ol’ whiff of her stinky diaper. As Sterling sticks his nose to his younger sister’s body, he quickly realizes why that was actually such a bad idea, and the poor kid immediately backs up in horror, letting out a cough from being unable to breathe because of how bad the diaper smelled.

What a useful lesson this little one learned in understanding what parents go through while changing their kids’ poopy, soiled diapers. Since it was his first time smelling it too, it must’ve been revelational to finally realize that his own poops were possibly just as bad, if not worse. But hey, maybe starting them young means he’ll be ready for when the time comes when he gets older. Cassandra sweetly told Storyful, “Sterling always said he wanted a little sister and that’s exactly what he got.”

I can’t help but think about the families that use cloth diapers or diaper pails, instead of standard diapers. I have nothing but mad respect for the ones that deal with that poop-catastrophes, as I would probably throw up everywhere. I do know that a neat trick to help that is to put Vicks Vapor-rub underneath your nostrils, but you can’t expect that to always mask the smell.