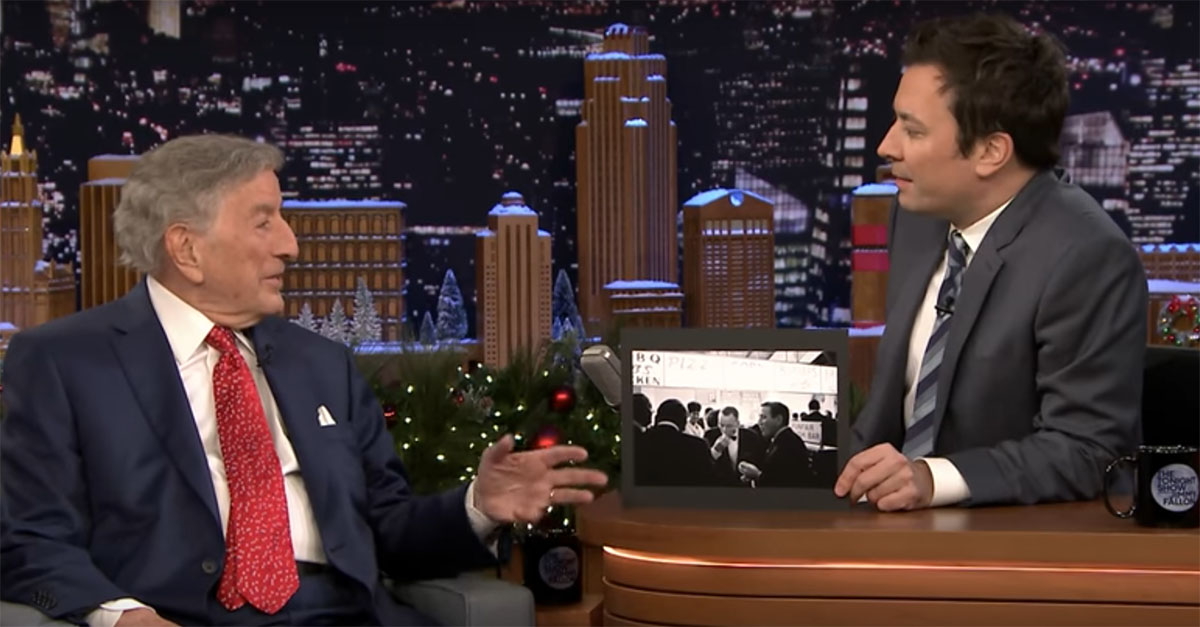 On the television special, the singer shared some of his fond memories of another great person with host Jimmy Fallon. Apparently, Frank Sinatra taught Tony Bennett himself, how to see the audience as his friend. The “I Left My Heart in San Francisco” beautiful singer went into detail about what the other “Because of You” phenomenal artist had said to help him calm his nerves for the first time.

“I was just troubled. I felt nervous about an audience,” Bennett said. “He taught me the audience are your friends; they come to see you. He changed my whole psychology. There’s no such thing as a bad audience. There’s a bad performance, but there’s not a bad audience.”

Bennett went on to share stories about his greatest moments as a performer in Hollywood. He related how a shooting star flew through the sky during one of his performances of the song “Lost in the Stars,” which made his contemporaries question how he managed to pull that particular stunt off in such a performing style.

Bennett ended his late night appearance by airing a performance of him and Billy Joel performing Joel’s classic “New York State of Mind,” in which Bennett wails on the mic with the same power he had as a young man.

Tony Bennett hasn’t lost a step sine his prime days. Along with people like Aretha Franklin, Bob Dylan, Paul McCartney, and Stevie Wonder, his songs will forever go down in history as timeless classics of the centuries.

Editor’s note: This article was originally published on December 20, 2016.

Watch: ?Hollywood?s Most Disliked Man? Once Had His Tires Slashed by Elvis Presley?s Bodyguards