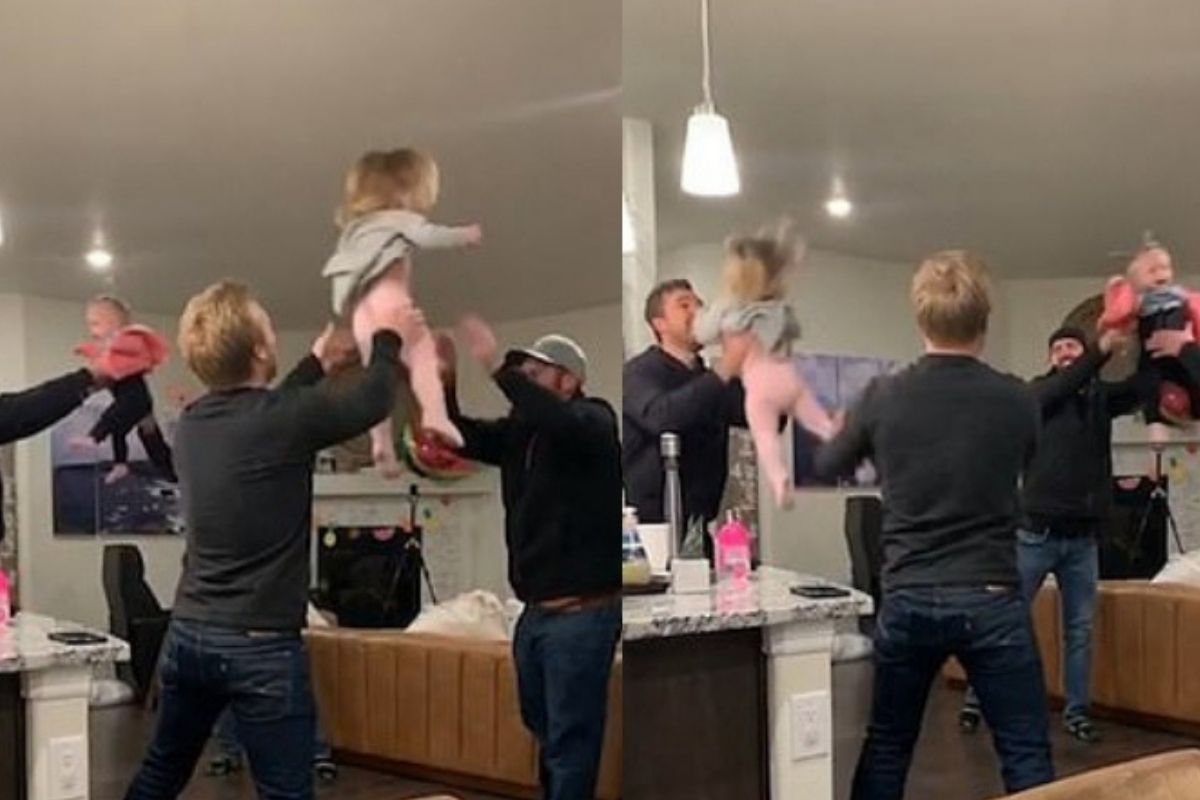 You know how they say that sometimes Dads come up with the most hilarious hacks that somehow always work? Seriously…think about it. It’s like they have a superpower when it comes to them trying to come up with a way not to do what they are told to do.

So, being the ‘fun dads’ they are, they try to go around it and make it fun for both the child and them. Like in this case, where four dads decided to have some fun. Turns out a group of men from Parker, Colorado decided to come up with a new game called ‘Toss the Toddler’, and it is EXACTLY what you think it is.

The men are seen standing in a square, and two of them are holding two toddlers. Out of nowhere, they throw the children up in the air to the dad next to them, as if playing a game of hot potato.

Luckily enough, the children seem to be having just as fun as the dads, because let’s face it, who doesn’t like to be flung around in the air as a child? Honestly, this is so clever, I don’t care what you trolls say out there. It’s an innocent game of ‘let’s keep the children entertained and make it fun for us too’ and it is clearly working. The Moms are even laughing in the background, so it’s Mom approved as well!

In case you haven’t realized yet, I’m being sarcastic. What surprised me the most about this video is how all these dads seem to be synchronized. Can you imagine if one of them doesn’t catch the kid? Yikes, I can hear the cries in my head! Someone needs to make this an Olympic sport or something, because it’s actually really really impressive…and maybe a little bit dangerous. Maybe just maybe, we should come up with new games.

This article was originally written on March 4, 2019.