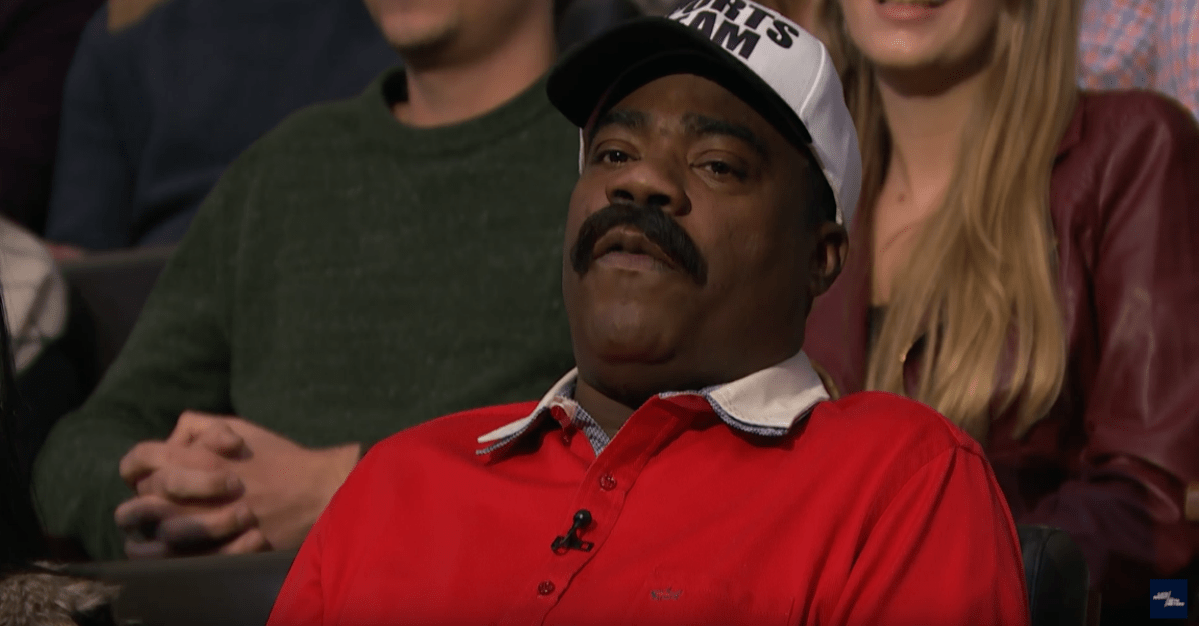 On Friday night, Seth Meyers had a pretty wild show — his team completely rewrote the script at the last minute after Donald Trump held an impromptu press conference.

However, that wasn’t the only curveball thrown at the “Saturday Night Live” alumnus, as he received a very loud “boo” from the audience and looked into the crowd to see Tracy Morgan (wearing a fake mustache).

Meyers, in his best surprised voice, asked, “Tracy, what’re you doing?” to which the actor responded, “I’m not Tracy Morgan, I’m wearing a hat and a mustache.”

Meyers didn’t really know what to say and asked, “If you’re not Tracy Morgan, then who are you?”

The answer, which had the audience in stitches, was, “I’m Denzel Washington.”