RELATED: Scott Baio and Trevor Noah are in a Twitter fight with more burns than an oven mitt

On Thursday night, Trevor Noah sent his reporter Jordan Klepper down to New Jersey to meet some of the residents of Dick and Ellsworth streets. After he introduced the controversy, Noah joked, “I know your first instinct is to think that now we’re going to start making dick jokes.” And, of course, he laid into several thinly-veiled penis jokes, including, “Dick Street is only two blocks long and it’s slightly bent” and “this is a bad time to extend Dick Street when it’s cold outside.”

RELATED: Can Trevor Noah freshen up The Daily Show?

Klepper did some serious investigative reporting on the matter, asking questions like “Why do you think those people don’t want to be associated with the dicks over here?” When a local resident said that he didn’t want his daughter to live on “Dick Street,” Klepper asked, “Would you be more comfortable if your daughter lived on Big Willie Street?” 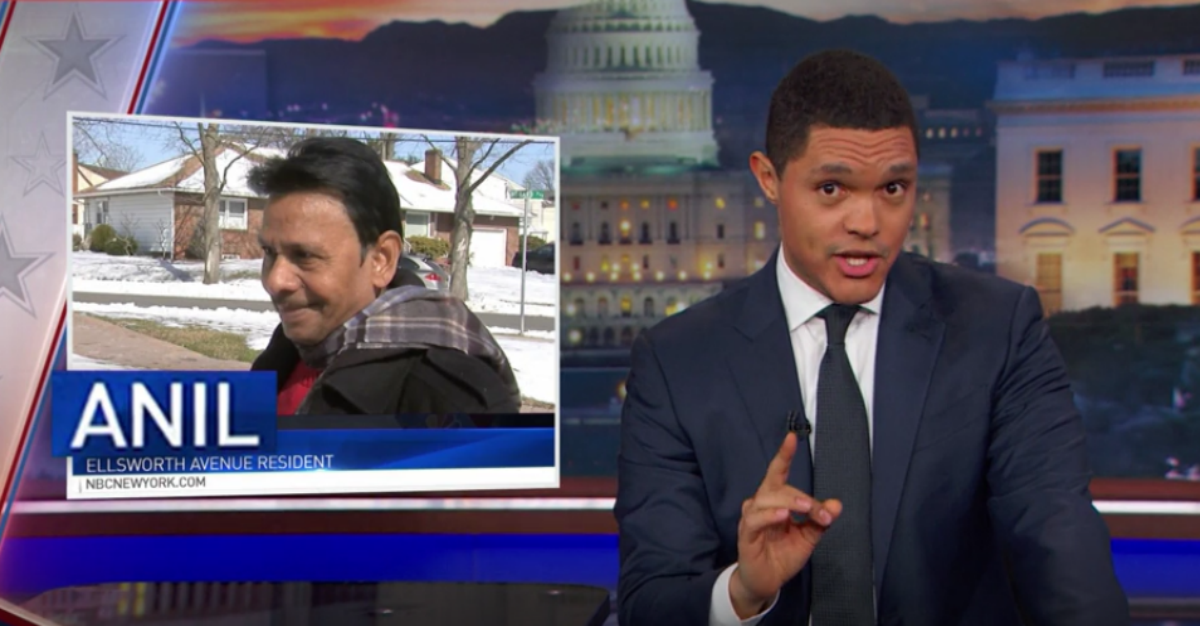