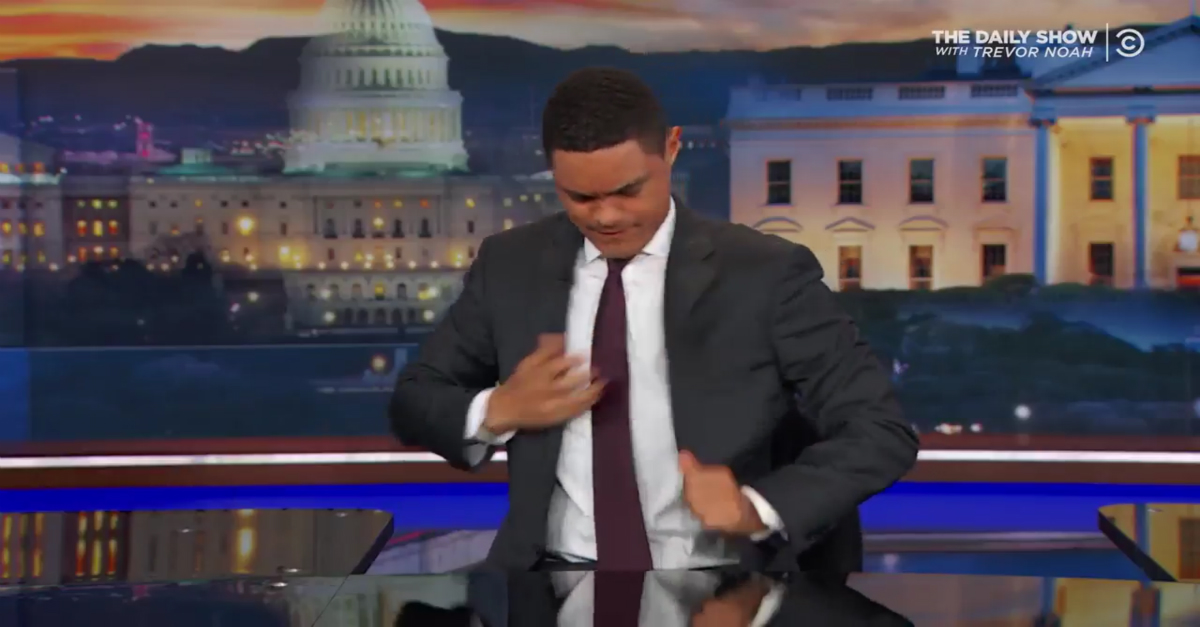 RELATED: Bill O?Reilly is gone, so let?s relive his most hilarious meltdown

While taping last night’s episode, Noah intentionally screwed up one of his segues, poking fun at O’Reilly’s now-legendary “we’ll do it live!” blooper video, which has been parodied before in shows like “Family Guy.”

Tonight on The Daily Show, fuck it, we'll do it live. #fuckingthingsucks pic.twitter.com/1sykeTc09k

Noah questioned one of the lines on his teleprompter, and immediately launched into a fake angry rant before ripping off his microphone in faux disgust.

O?Reilly and Fox News parted ways on Wednesday after accusations of sexual abuse, harassment, and discrimination from former female co-workers. The network was under pressure to act on the allegations when companies began pulling their sponsorship from O’Reilly’s show “The O’Reilly Factor.”

“After a thorough and careful review of the allegations, the Company and Bill O’Reilly have agreed that Bill O’Reilly will not be returning the Fox News Channel,” a 21st Century Fox official said in a statement.