Life under the Trump presidency has become very difficult for Democrats and very good for Republicans, but the late night hosts and comedians (most of whom lean to the left) have all faced a different challenge in the age of Trump — making their audience laugh. In a recent Rolling Stone interview, John Oliver, who hosts “Last Week Tonight,” talked about cracking jokes under the new commander-in-chief, saying that writing and hosting the show was “certainly harder than I think people might imagine.” He explained that “there’s just so much low hanging fruit […] if you’re just making fun of personalities and sound bites, then you’re just attacking the window dressing, and there’s only shallow satisfaction in that.”

RELATED: Scott Baio and Trevor Noah are in a Twitter fight with more burns than an oven mitt

In a recent interview with The Daily Beast, Trevor Noah also discussed the difficulties of covering and lampooning Trump, saying, “Donald Trump, unlike most politicians before him, does not adhere to the regular news cycle. […] You cannot rely on the news remaining the same from the night before until the next evening.” Like Oliver, Noah said that there is “literally no point at all” in having Kellyanne Conway on the show.

The question that’s on every comedy-lover’s mind is “Where will Donald Trump appear?” During the campaign season, he appeared on “The Tonight Show starring Jimmy Fallon,” “Jimmy Kimmel Live!” and even “The Late Show with Stephen Colbert.” However, since then he has stayed away from the hosts who regularly throw daggers at him. When Noah was asked if he thinks the president will ever appear on his show, the host responded, “I doubt it. Trump is in a world where he truly only wants to associate himself with people that like him. […] I don’t think Trump has the balls to go on a show where people don’t like him.” Thus far, the president hasn’t tweeted about any of the late shows that have attacked him, but if they keep making statements like ‘He doesn’t have the balls,’ he might be tempted to shoot off a tweet — or even better, appear on their stages. 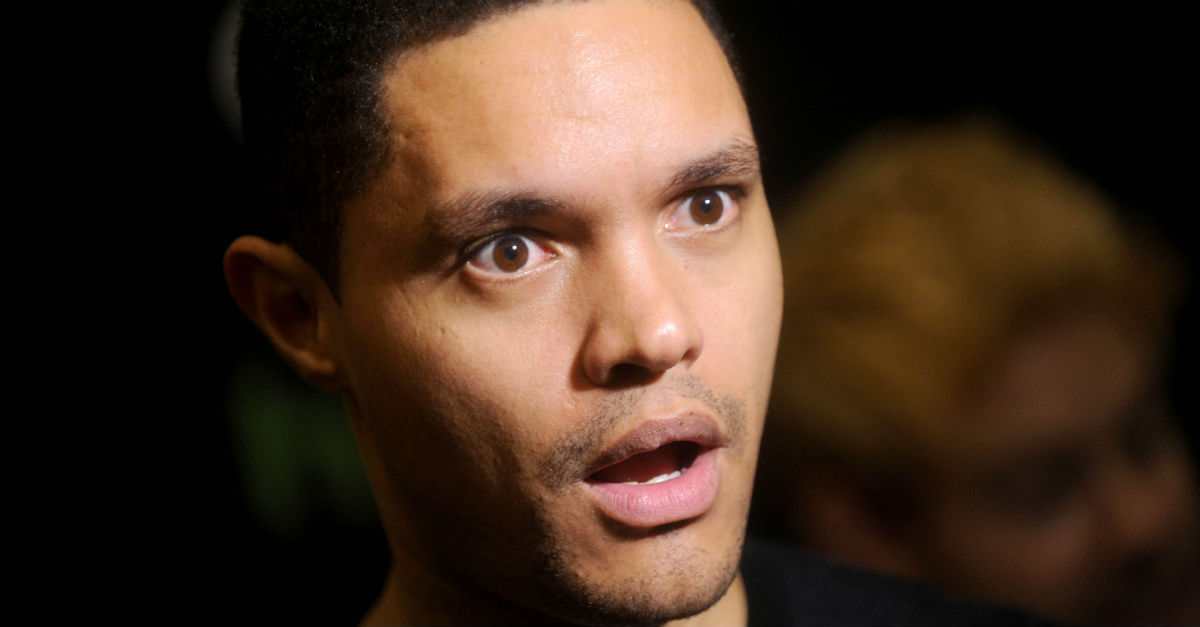