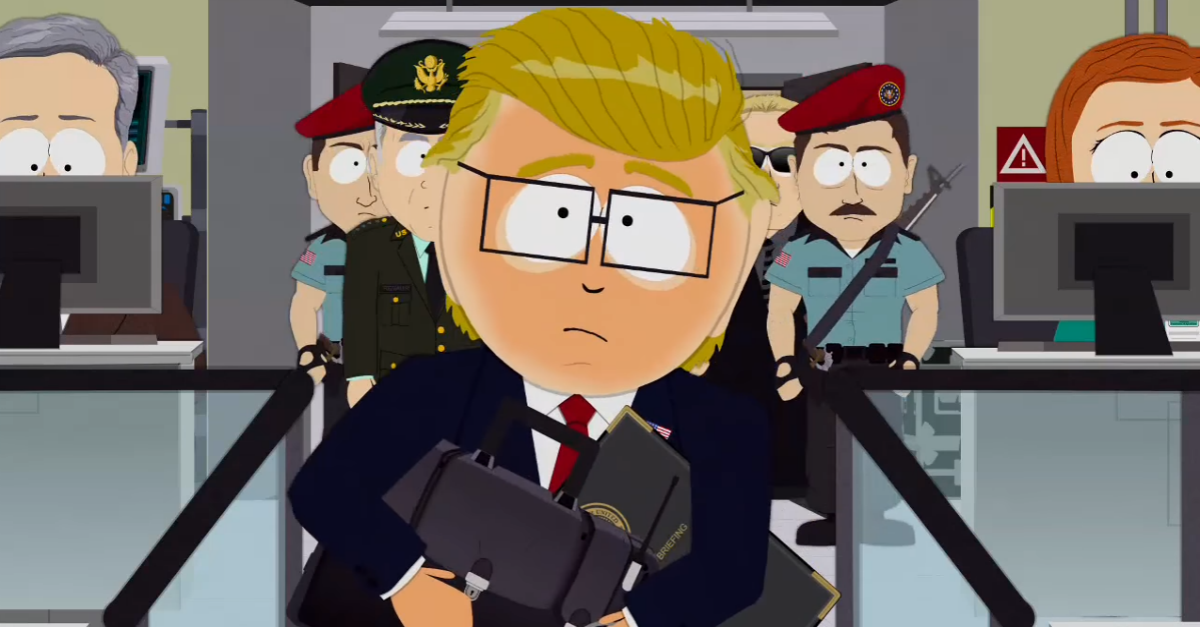 Comedy juggernauts Trey Parker and Matt Stone have made a career out of lambasting current events and pop culture.

But in a break from their typical formula, the pair, who just finished their 20th season of South Park said in an interview with the Australian Broadcasting Company that they’re going to back off President Trump for the foreseeable future.

Parker stated that, “it’s tricky now because satire has become reality, it’s really hard to make fun of…what was actually going on was way funnier than anything that we could come up with.” When asked if the Trump presidency represents “the golden age of satire,” Stone responded that Trump “is certainly trying” for that era.

RELATED: Even “South Park” is stunned by the results of the election

South Park played on the Trump presidency for a few episodes in the latest season. The show’s writers had to completely redo their episode set to air the day after the election as they had written it for a Clinton victory. The Daily Mail reported that the original title of that episode was supposed to be “The Very First Gentleman” but they changed it to “Oh Jeez!” after Trump shocked the nation with his victory.

The writing duo are well known for their incisive humor and parody of news events and cultural trends. Their musical “Book of Mormon” was nominated for 14 Tony Awards, including best musical, and when Parker was nominated for an Academy Awards, they pair went together in wearing dresses and on acid.

Parker and Stone were in Australia this week for the Australian premiere of The Book of Mormon.