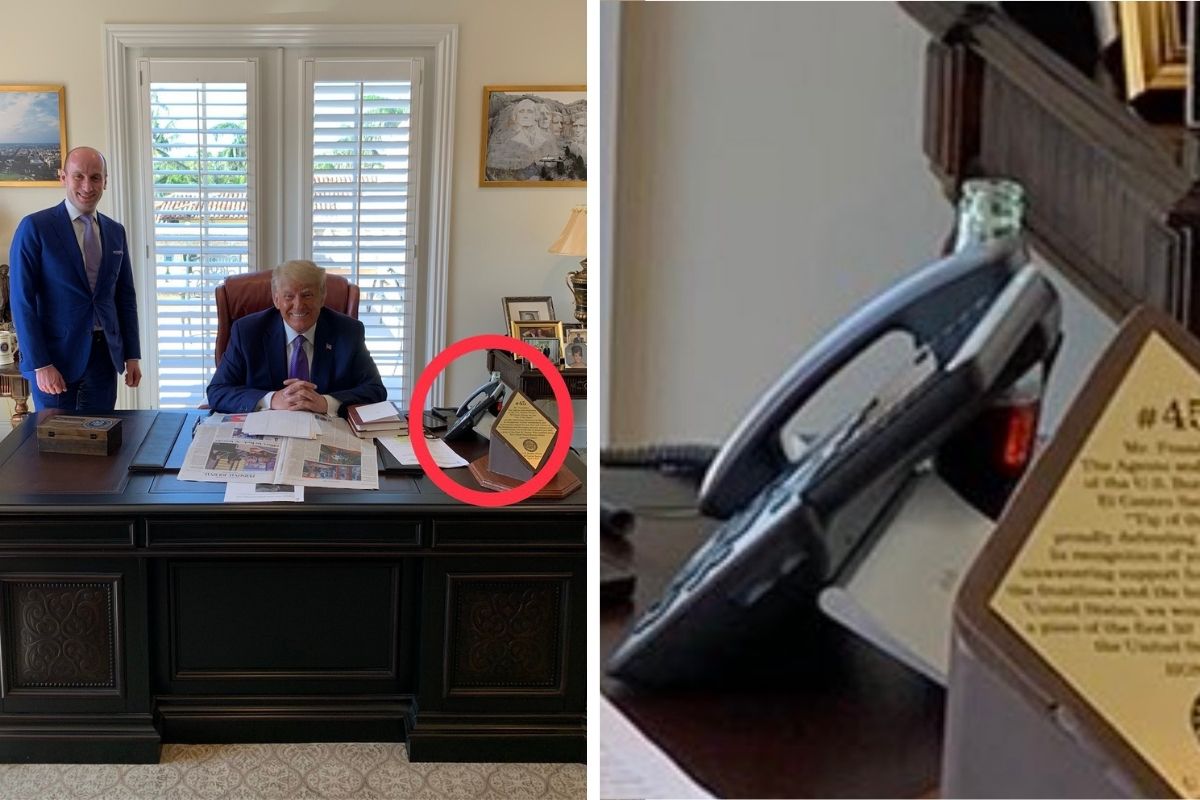 LOL. Oh, Donald, how do you expect people to take you seriously when you keep doing silly things like this? It’s safe to say that former president Donald Trump has had quite a complicated relationship with Coca-Cola. Apparently, he drinks a total of 12 Diet Cokes a day. Yup, he loves it so much that he even had a Diet Coke button in the Oval Office, which Joe Joe Beans, AKA President Joe Biden, had it removed. Long live Trump’s Diet Coke button.

So, why exactly is it complicated? Well, he is now calling for people to boycott his precious drink after Coca-Cola CEO James Quincey stated that he doesn’t support controversial new legislation in Georgia where the Coke headquarters is based. He noted that it “makes it harder for people to vote, not easier.”

He’s hiding his Diet Coke bottle behind the phone a day after telling everyone to boycott Coca-Cola! https://t.co/K2is5hpl7o pic.twitter.com/idDtVtkBeM

In comes Trump, through Save America PAC’s Twitter account because he is banned, releasing a statement, noting, “For years the Radical Left Democrats have played dirty by boycotting products when anything from that company is done or stated in any way that offends them. Now they are going big time with the WOKE CANCEL CULTURE and our sacred elections. It is finally time for Republicans and Conservatives to fight back — we have more people than they do — by far! Boycott Major League Baseball, Coca-Cola, Delta Airlines, JPMorgan Chase, ViacomCBS, Citigroup, Cisco, UPS, and Merck. Don’t go back to their products until they relent. We can play a better game than them.”

So, yeah there you have it. He is so angry he has asked his followers to ban his favorite drink. In comes the complicated relationship bit. After tweeting out the ridiculous move, Trump was actually caught red-handed thanks to Stephen Miller, who was Trump’s former senior White House adviser. Miller tweeted a photo of himself alongside Trump at his Florida office, saying, “Just had a terrific meeting with President Trump!” BUT, Twitter being Twitter noticed a little issue.

If you look very closely behind the phone on Trump’s desk you can see a glass bottle of Diet Coke. And as expected, Twitter users went on a hilarious trip, poking fun at Trump for being all talk. I have to say, Trump hiding a Coke after calling a boycott is hilarious, goes to show you what type of man he is. Anyways, several people on social media went wild, with one user saying, “Looks like that Coca-Cola boycott hasn’t officially started yet at Mar-a-Lago. Or perhaps he was to be taken seriously not literally or something.”

Another zoomed in and identified the glass Diet Coke Bottle saying, “Still laughing from Trump boycotting and then hiding a Coke bottle behind his phone. I’m surprised Johnny Damon wasn’t visible under Trump’s desk with a Delta flight parked outside the window too.”

Ah, hilarious. Might want to be a little bit more careful, Donald. Check your surroundings. What I would do for a Diet Coke button.