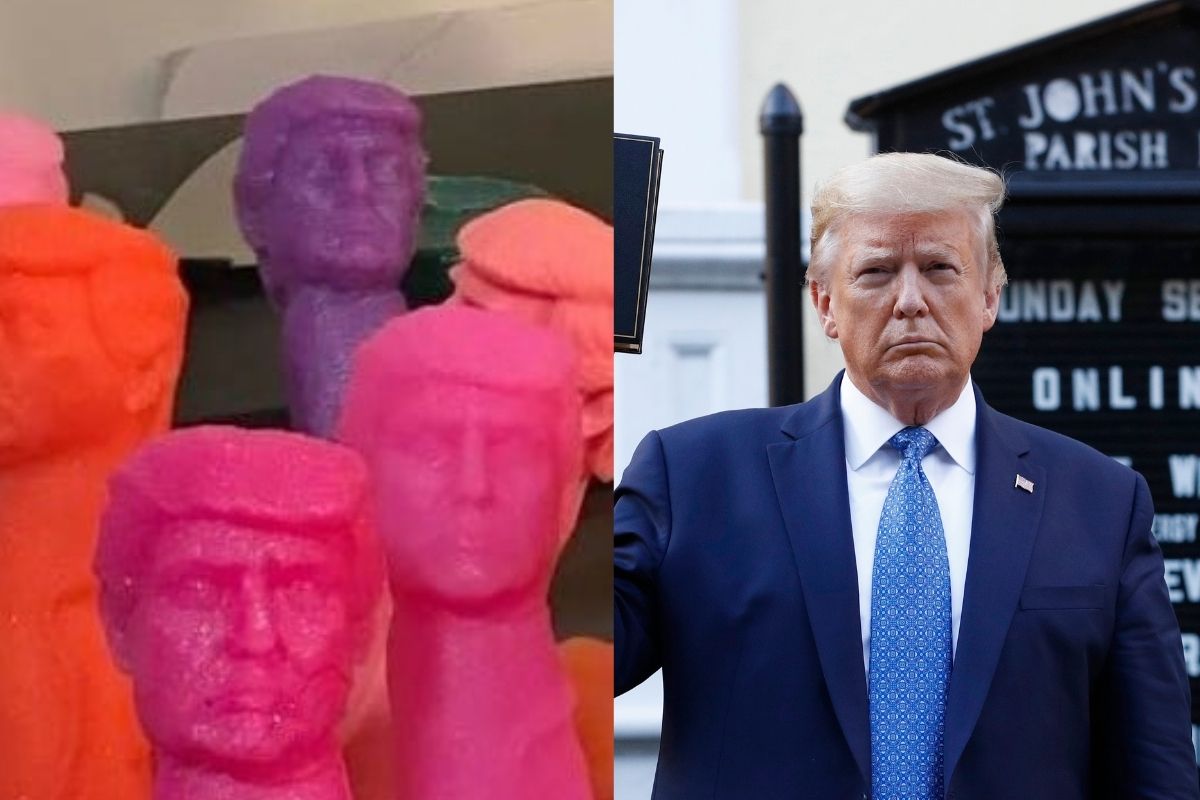 Jesus Christ, I really can’t keep up with the internet anymore. Every time I try to find a good story that will make me feel good, I find something like this has traumatized the living hell out of me. I get it, there are a lot of Republicans who really love their political party. I’ve met a handful that live, breathe, and would basically die for her former President Donald Trump, which I mean your preference, your choice. Personally, I don’t. But I will say this, I respect people’s political parties.

Question is whose gonna stop me? pic.twitter.com/czVOsYwxp2

That being said, this is just too much. I get it, a lot of people have their own sexual fetishes and fantasies that they like to follow. It’s normal, it’s human, and let’s face it it’s nothing new. But this is where I’m drawing the line y’all. This is too much. I’m officially traumatized and I need this to stop because it’s driving me crazy.

Big No From Us

Why didn’t they make them all orange?

As expected, Twitter wasn’t letting this one go and decided to poke fun at the company. One Twitter user, @RightWingCope, wrote ?NOT FOR MEN.’ Question is who’s gonna stop me?? While user @jamespelton wrote, ?who the hell buys home-made plastic sex toys from a Guns & Ammo dealer?? But it was user @Terrista2 who had one of the most important questions, tweeting, ?Why didn?t they make them all orange??

Which yeah, in all fairness I can see that. Oh man, don’t ask me where you can buy this because I will not provide you with the link. Whoever buys this is indeed sick and has to probably go see a therapist. I know I am. Anyways, hope you have a good day and stay off the internet for a while.

I really hope this is some sort of sick joke. Don’t kill the messenger.