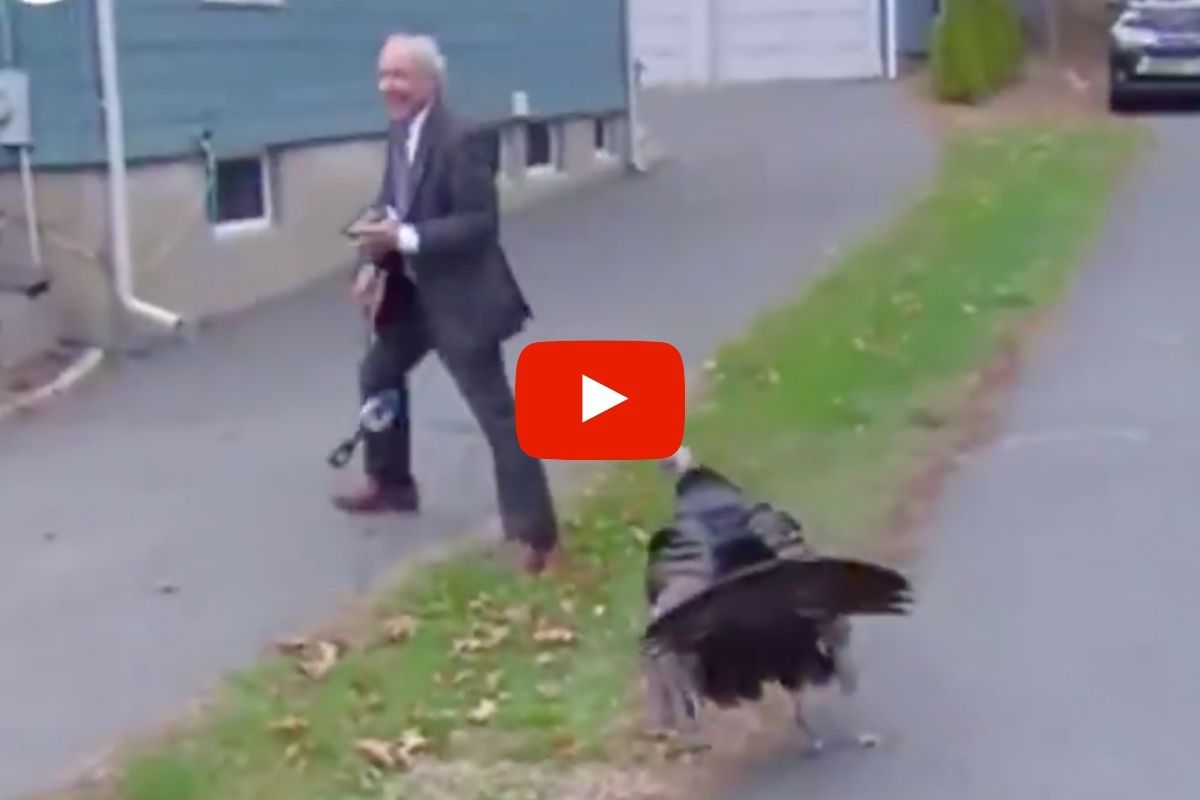 It’s November, which means that Thanksgiving is slowly creeping up on us. And as we try to prepare everything that we’re going to cook, of course, one of the main ingredients is the turkey. But, apparently, turkeys are well aware that Thanksgiving is around the corner and they are making it impossible for us to cook them. A tom turkey was seen aggressively harassing residents on Westminster Street in Hyde Park, and made his presence very obvious this week.

Upon arriving at Westminster Street, reporter Bill Shields from WBZ-TV, and photographer Rick Hertzler saw the big aggressive turkey blocking the car in the driveway. When the television crew approached, the turkey turned its attention to the reporter and in a hearing rage marched towards them, engaging Shields in a turkey tango, pecking at the microphone.

Attack of the Turkey!

Turkey harasses residents and follows a reporter on this Boston street https://t.co/3NfbXODCxk pic.twitter.com/aQYbhazzak

This Boston angry turkey just wanted to tell the public to stop eating him and his friends because they have feelings too. Several Massachusetts residents gathered to watch the wild turkey as one stated, “ I guess he’s letting us know he’s not going to be the one on our plates this year.” Honestly, I commend this little guy, because this is terrifying. One, because you can see how aggressive this turkey is, and two, look at the size of that! If I saw this turkey charging towards me I would literally grab anything in front of me and throw it at it to stop it because this looks insane. Just look at that aggressive behavior, not today Big Tom!

Apparently, just a few days ago, resident Luz Poulette and her boyfriend were walking down the street when the wild animal crossed the road and attacked the woman. She stated, “He jumped on my arm — turkeys have spurs on the back of their claws and he knocked me with it. I finally had to hit him with my purse to get him to leave me alone.” Luckily, the encounter did escalate, but Poulette did end up with a few bruises here and there. Someone in the Boston area call animal control…or trick it with a bird feeder or shiny objects! Maybe that could work?