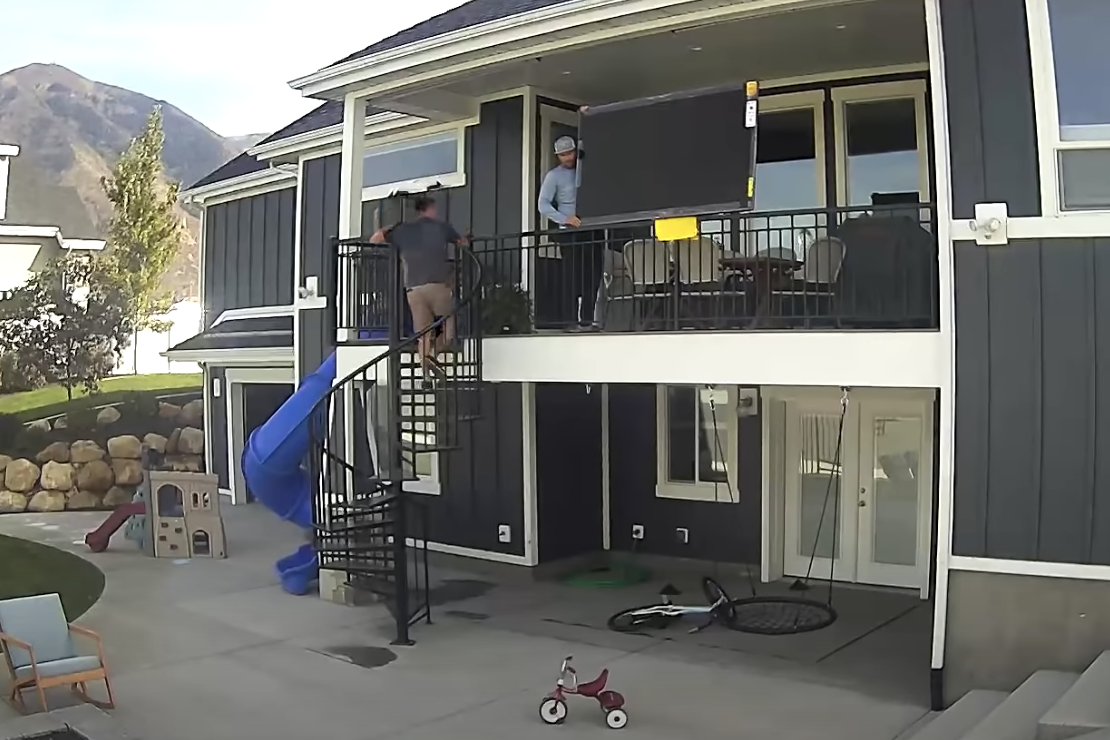 A couple of guys were moving, arguably, any house’s most valuable piece of furniture: a big ass flat-screen TV when a little boy decided to do what little boys sometimes do and destroy everything.

This Falling TV Will Make You Laugh and Cry

This video is going to be painful for anyone who has ever had to move heavy crap for free before. It’s pretty straightforward. Two guys have to move a big TV down a weird, winding, outdoor flight of stairs. It looks like zero fun. They have to rest the TV on the railing while one guy holds it and the other guy figures out how they hell they’re going to get it down the stairs. Just a little TV safety.

Then some little boy, presumably (hopefully), a relative or child of the man holding the TV on the railing, runs up to the guy and punches him straight in the crotch. The man recoils in pain and the TV set takes a sad, brutal tumble.

Little brat has the worst timing ever from KidsAreFuckingStupid

Watching that television tipping over onto the pavement is brutal. It feels safe to assume that this child survived destroying a TV by punching a guy in the crotch but it doesn’t seem like a one-hundred percent possibility. There’s like a ten percent chance that kid got tossed off the porch right after the TV fell.

But really all this shows is that boys will be boys. They like to destroy and light things on fire and create chaos everywhere they go because it’s funny. This little boy has a bright future in arson, egging, and all other manner of mild, misdemeanor mischief-making. So young and already creating as much havoc as he can wherever he goes. Nicely done… sort of.

Editors Note: This article was originally published on November 11, 2020.