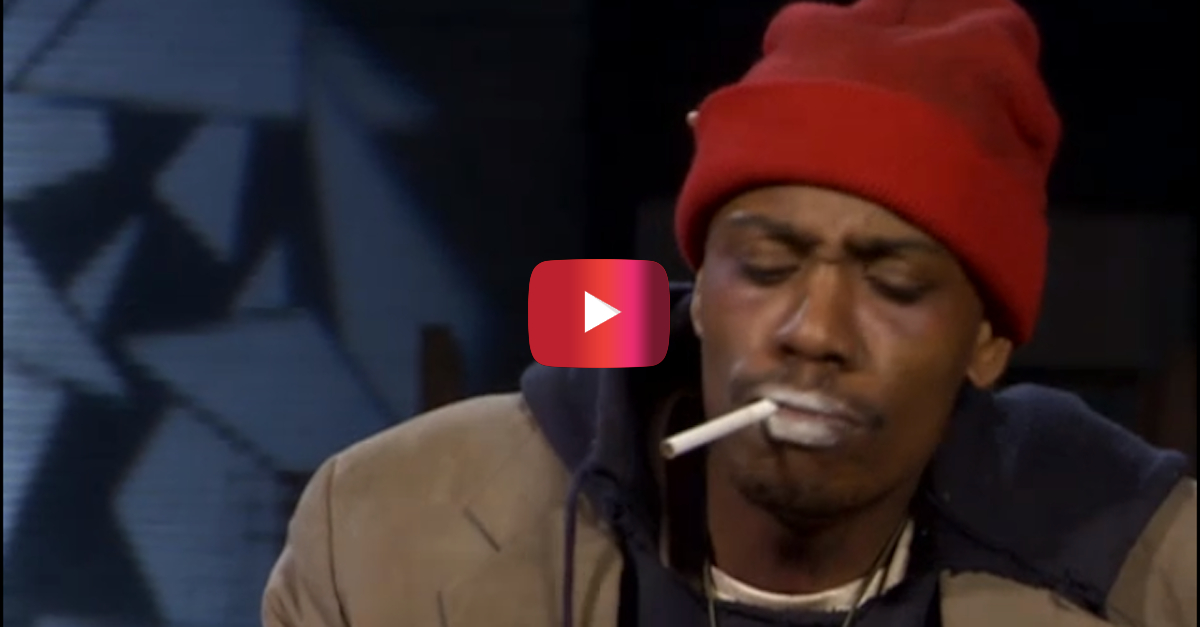 During Dave Chappelle’s run on Comedy Central with his own show he had some pretty great characters. Tyrone Biggums was one of them, and he was a crack cocaine super addict. Biggums almost had a superpower because of his insane addiction. He had no fear of anything and would do anything to get his hands on some “rocks.”

In this sketch, Biggums went on Fear Factor — with a cameo from Joe Rogan himself! — and did some pretty gross things, like sleeping among snakes and worms, walking on hot coals and the always-classic eating of some mammal’s testicles. Biggums treated the whole thing like it was a privilege for him to be there and was ecstatic about all the challenges.