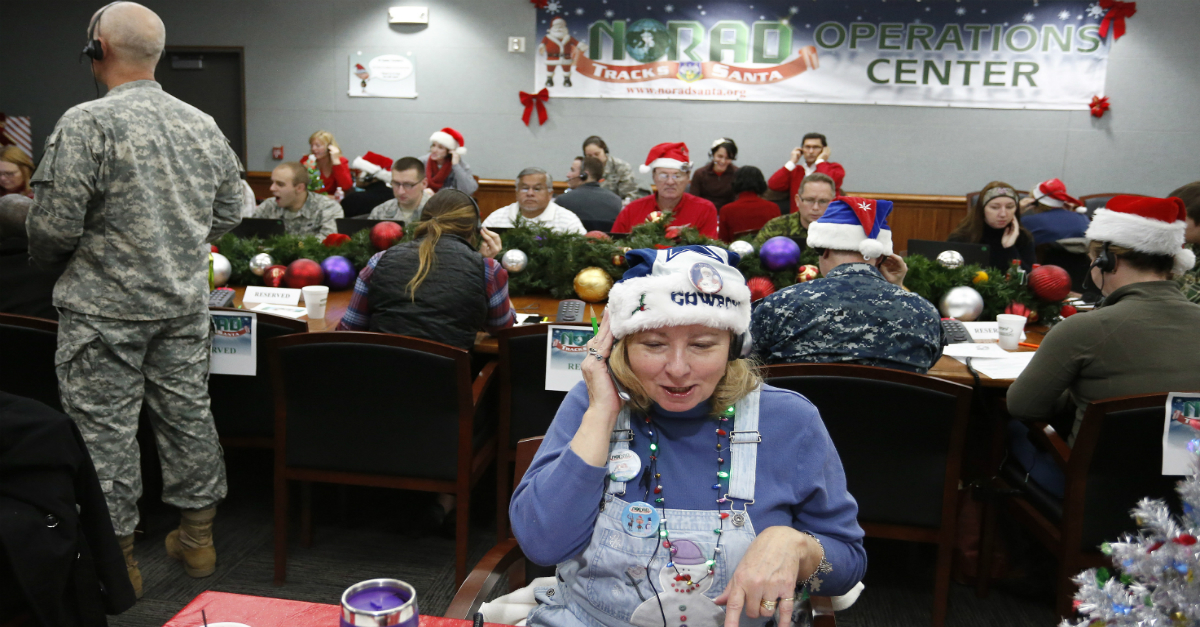 The U.S. Air Force has broken the hearts and shattered the dreams of children all across America.

Recently, Whiteman Air Force Base in Missouri and Minot Air Force Base in North Dakota began feuding on Twitter over who has the more powerful fleet. As CNN reported, the official U.S. Air Force Twitter account responded to both writing, “We didn’t want to have to do this, but if you 2 can’t get along we must…Santa will bring you nothing this year…[sic] becuase he isn’t real!”

We didn't want to have to do this, but if you 2 can't get along we must…Santa will bring you nothing this year…becuase he isn't real!

The Air Force later claimed in a tweet that they were just “bluffing”. They continued to backtrack on their completely farcical claim by tweeting at reporter Anna Giaritelli and clarifying its stance on Santa by reminding her that the North American Aerospace Defense Command — aka NORAD — in Colorado tracks Santa’s travels on Christmas Eve.

But clearly, they had already opened a huge can of worms.

Hopefully America’s parents were able to prevent their kids from reading the Air Force’s anti-Santa propaganda. And if they couldn’t, at least they now no longer have to buy Christmas presents for their kids.

One thing is for certain: The U.S. Air Force won’t be sending out any tweets that deny the existence of the Easter Bunny!